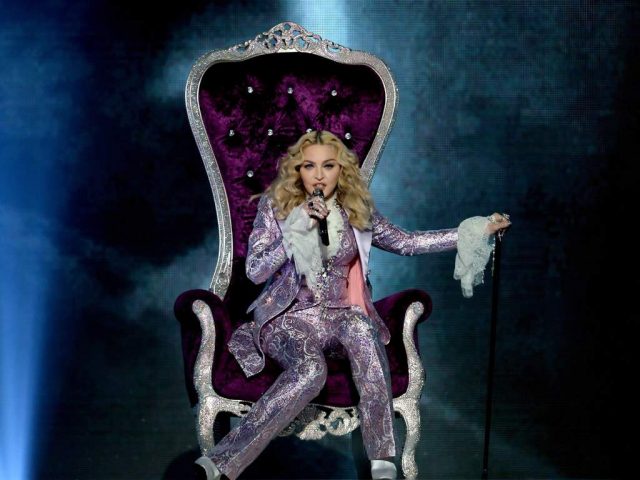 The gay icon made the outlandish offer while introducing comic Amy Schumer for a set at New York’s Madison Square Garden.

Before introducing Schumer, Madonna made a rather unseemly offer to the crowd, a few hours before the final Presidential debate.

She quipped: “One more thing before I introduce this genius of comedy.

Schumer herself previously issued a sarcastic ‘apology’ to fans of Donald Trump who walked out of one of her shows after she gently mocked a Trump supporter.

She said: “I’m sorry you didn’t want me, a comedian who talks about what she believes in, to mention the biggest thing going on in our country right now.

“How could I think it was OK to spend five minutes having a peaceful conversation with someone with different views?

“After the show, I want you to know that I will go straight to a rehab facility that will teach me how to make all people happy.

“Both the rich, entitled, white people who are gonna vote for him and the very poor people who’ve been tricked into it.

“I will never again say that he is an orange, sexual-assaulting, fake-college-starting monster.”