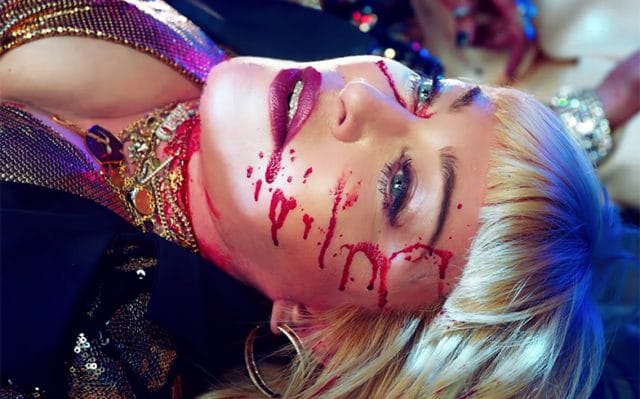 The Queen of Pop’s critically-acclaimed new album Madame X may have only been out for a couple of weeks now, but many LGBTQ fans have already chosen their favourite track: God Control.

Sonically, it’s Madonna at her best; creative, dance-able and unexpected. You might be fooled by the down-tempo intro sung through gritted teeth, but once that angelic choir and disco-pop beat kicks in, it’s pure perfection.

So we’re not surprised that she chose to make a music video for it, and that it features a cast of wonderfully queer people like Monét X Change. What might surprise you, however, is that the video has a very serious message.

In fact, it even comes with a warning at the start that the video is “very disturbing” and shows “graphic scenes of gun violence” – so don’t watch if you’re affected by such imagery.

“This song is called God Control, and it’s about gun control, which is something I feel very strongly about,” Madonna said of the song.

“The idea of the song is that I’m speaking about something very serious, but the music is disco. It’s ironic because we used to be able to go to places like discos to have fun, to forget, to be free. Now, even those places aren’t safe.”

Alongside the video, Madonna has called on viewers to join her in demanding gun safety legislation across the United States.

With a message as clear as this, it’s hard to imagine Madonna wasn’t inspired by the horrific mass shooting at Orlando’s LGBTQ nightclub Pulse, which left 49 people dead and many more injured.

Watch the powerful video for God Control below.