Home Gay Life Madonna’s new music video has fans divided over its reimagining of the... 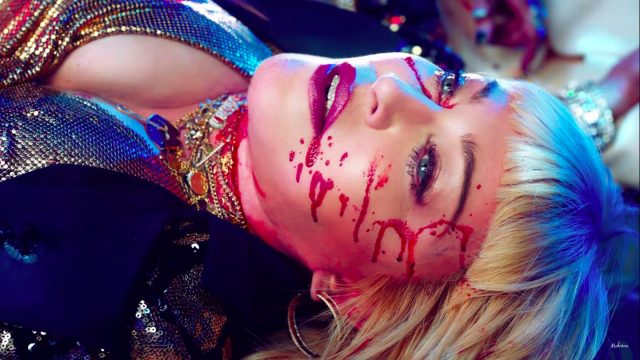 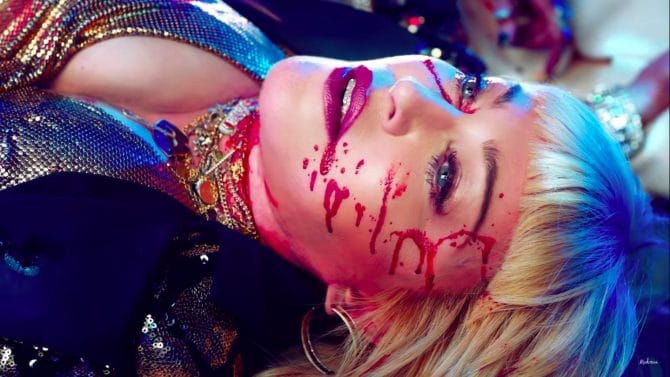 Madonna released her latest music video to her song God Control yesterday and, as usual, it has everyone talking.

The eight minute video was directed by frequent Madonna collaborator Jonas Åkerlund and includes a cameo by Monét X Change.

It makes strong statement about gun violence in America by depicting a horrific massacre inside a nightclub, where a white male gunman enters and slaughters everyone in sight.

The reference, of course, is the 2016 Pulse nightclub shooting.

Later, the video incorporates real-life footage of protesters waving signs criticizing the NRA that read “No one is safe” and “Gun Control Now.”

Many fans have been praising the video, which has garnered over 1.1 million views in less than 12 hours, on Twitter.

However, not everyone has had such a glowing response.

Pulse nightclub shooting survivor, Patience Carter, tells TMZ that, despite being a “grossly accurate” depiction of what happened that horrific night, she found the video to be “insensitive” and “hard to watch,” accusing Madonna of using the deadliest mass shooting in America to gain clicks on YouTube.

“As a survivor of gun violence, it was really hard to watch,” Carter explains. “I understood what she was trying to do with bringing awareness to the topic of gun control, but I definitely felt that wasn’t the right way to go about doing it.”

Carter continues: “You could not think about the person that was actually in those incidents, that actually lost someone, that actually had to experience that bloodshed firsthand. Think about how they would feel reliving, because that’s what it is, reliving this all over again. And it’s bringing up that pain, all that healing, all that growth can crumble with one video.”

In Madonna’s defense, she does warn viewers at the beginning of the video that it contains graphic scenes of gun violence; however, there are many others seem to agree with Carter.