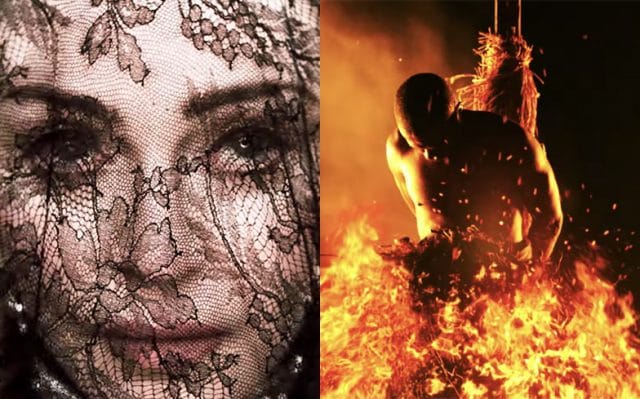 The song, which the Queen of Pop first teased during her Met Gala performance in 2018, is the final track to be released ahead of her highly-anticipated 14th studio album Madame X, which is due out on Friday 14 June.

“They are so naive, they think we are not aware of their crimes. We know, but we are just not ready to act. The storm isn’t in the air, it’s inside of us,” she declares on the experimental track, which also samples the Nutcracker in its autotune-laden bridge.

Queer rapper Mykki Blanco stars in the Emmanuel Adjei-directed video as Joan of Arc, who was famously burned at the stake following numerous charges including cross-dressing – a scene which is powerfully recreated in the clip.

The video also begins with a quote from Joan, and ends with a quote from Mykki, which reads: “I have walked this earth, black, queer and HIV positive, but no transgression against me has been as powerful as the hope I hold within.”

After months of speculation, Madonna has been confirmed as the headliner of WorldPride 2019 in New York City.

On 30 June, the Queen of Pop will perform at the Hudson River Park Pier 97 in celebration of the 50th anniversary of the Stonewall Uprising, alongside several other legendary acts such as Cyndi Lauper, Ciara and Grace Jones.