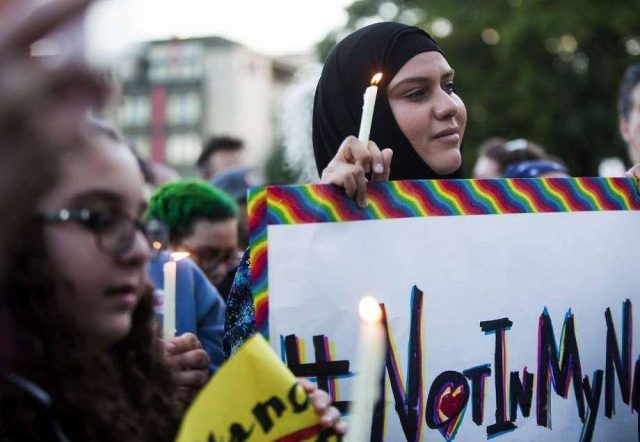 A majority of US Muslims now support marriage equality.

Over 40,000 Americans from across the US have been surveyed on social issues, and people of faith have improved their views on LGBTI rights.

The Supreme Court legalized marriage equality across all 50 states in 2015.

‘Most religious groups in the US now support same-sex marriage, including overwhelming majorities of Unitarians (97%), Buddhists (80%), the religiously unaffiliated (80%), Jewish Americans (77%), and Hindus (75%),’ the PRRI said.

Those who oppose marriage equality has drastically decreased.

‘Today just 43% oppose it, compared to nearly half (48%) who support it. Hispanic Protestants have moved from solid opposition to same-sex marriage to being divided over the policy.

The only groups that oppose are white evangelicals.

58% of white evangelicals oppose same-sex marriage, alongside 53% of Mormons and 63% of Jehovah’s Witnesses.

Overall, 61% of Americans support equal marriage according to the poll, with majority support in 44 of the 50 states.

Only Alabama had a clear majority opposed to same-sex marriage.

However, support was still under 50% in Mississippi, Tennessee, West Virginia, Louisiana, and North Carolina.

Seven in 10 of Americans favor non-discrimination laws protecting LGBTI people, and 23% of Americans oppose them.