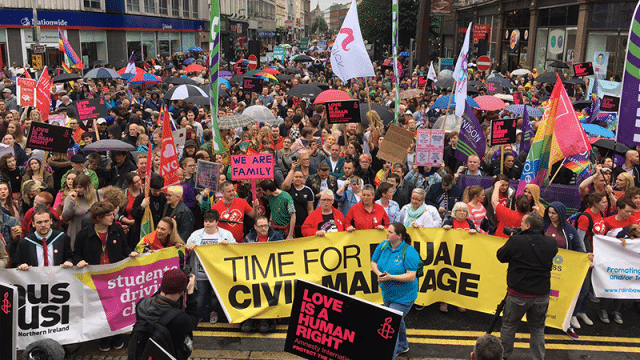 Lucidtalk’s new poll has revealed just how many people are in favour of marriage equality.

According to the poll, around 61% of the people asked would vote to legalise same-sex marriage if a referendum was held.

The results show that a further 32.5% of the people wouldn’t vote to legalise same-sex marriage while 6.5% have no opinion.

Around 91.4% of nationalists voted for the legalisation of same-sex marriage as opposed to the 6.7% who voted against it, and the 1.6% who had no opinion.

37.5% of the Unionists voted in favour of same-sex marriage while 56.3% voted that the “current NI law should remain as it is.” 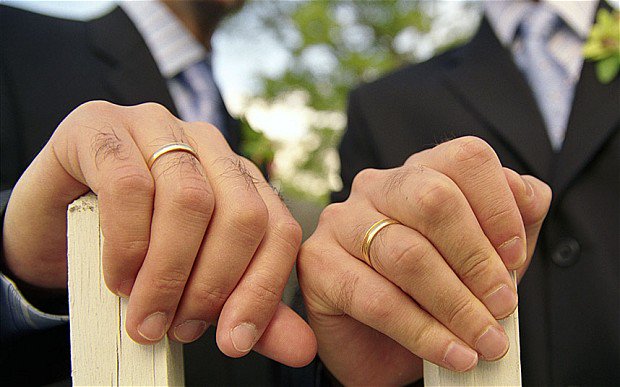 However, the Democratic Unionist Party (DUP) blocked the outcome, causing many to accuse the DUP of misusing the petition of concern.

The party have consistently opposed the legalisation of same-sex marriage in Northern Ireland, leaving campaigners to urge Prime Minister Theresa May to intervene.

Northern Ireland remains to be the only place in the UK without marriage equality.