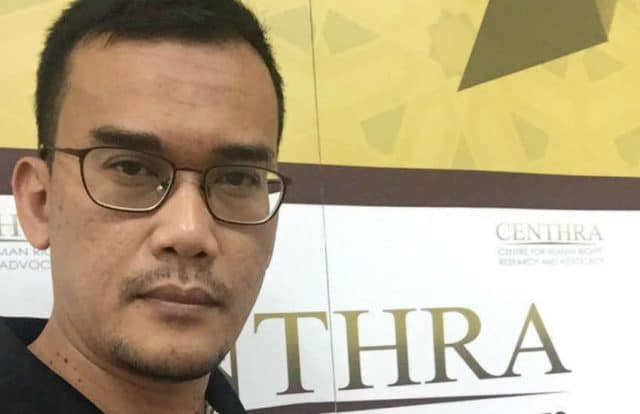 A Malaysian human rights campaigner has rejected LGBTI rights, claiming they are a ‘western import’.

Azril Mohd Amin from the Centre for Human Rights Research and Advocacy (Centhra) wrote a letter to the condemning the pursuit of LGBTI rights. Centhra are a coalition of Islamic NGOs.

They argue that while they respect LGBTI people’s right to life, they do not respect to pursue orientation-based rights.

In the article, Amin says: ‘While we affirm that LGBT persons have the right to basic dignity and freedom accorded to all persons, such as the right to life and dignity, we would like to remind the public that no one has the right to disrupt society, to offend the values of the culture and the religion of the federation, nor the values of any other religion in Malaysia.’

He adds: ‘Rights associated with sexual orientation do not exist in any international human rights instruments accepted by Malaysia, including UDHR [Universal Declaration on Human Rights 1948], and must not be asserted when they are unrecognized in the country.

‘Instead, such so-called rights must be identified as foreign, chiefly Western imports that are alien to Malaysia.’

Homosexuality is illegal in Malaysia and many citizens face discrimination from the government.

The country made world-wide news in 2018 after two women were caned in the heavily conservative state of Teregganu for being in a same-sex relationship.

In December, a video circulated online showing a group of men attacking an apparent same-sex couple. Moreover, two trans women were murdered in the western city of Klang.

A government minister is currently . A video leaked supposedly showing a cabinet minister engaged in sex at Hotel Five Points. The aid for the deputy minister of primary industries and commodities, Muhammad Haziq Abdul Aziz, admitted to being in the video.