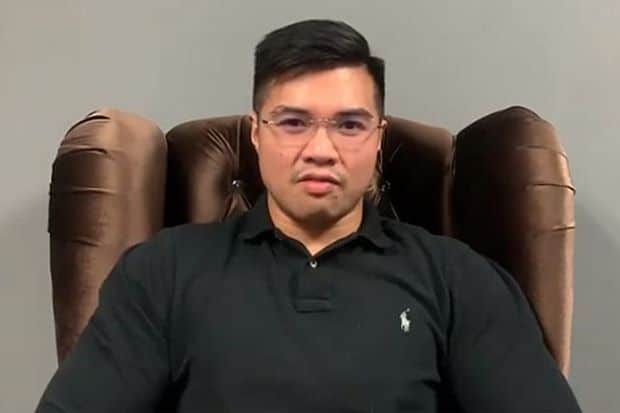 Haziq Aziz is a Malaysian cabinet member who serves as the Senior Private Secretary to the Deputy Minister of Primary Industries and Commodities. Or rather, he was until earlier this month.

About two weeks ago, Aziz was ousted from his government position after a sexually explicit video of him with another man leaked online.

The video quickly made the rounds on social media and, in response, Aziz was forced to make a videotaped “confession,” admitting to appearing in the video.

He said it was shot on May 11 in his hotel room at the Sheraton Hotel Four Points. He also said it was recorded without his knowledge or consent.

After his “confession,” Aziz went into hiding, deleting his social media pages and ignoring all requests for comment from reporters.

“This sex video scandal has affected my political dream,” he now tells The Straits Times in a heartbreaking new interview. “I have to forget about becoming a politician.”

When asked about why he made the “confession,” Aziz replies, “The Malay-Muslim community can’t accept this kind of behavior. But one thing is I admit, I did it. It was a mistake and the right thing to do was to confess.”

Aziz recalls the moment he learned about the video:

Homosexuality is considered a crime in Malaysia, punishable with up to 20 years in prison and/or whipping. The country has no legal protections for LGBTQ people, and just last year, two women were publicly caned for “attempting lesbian sex.”

The U.S. State Department warns travelers that discrimination against LGBTQ people is pervasive and that they may face discrimination or even violence while visiting the country.

Asked if he’s afraid about what will happen to him now he’s “confessed” to homosexual acts, Aziz replies, “Of course, yes. I thought about that. But I had no choice. My safety and my life are quite important.”

Aziz adds that the real person who should be punished is whoever set up the spy cam and leaked the video online, as the sex was “consensual between two adults.”

Since the scandal broke, Aziz has been laying low, living in fear as he awaits his fate.

“I don’t have my phone now,” he says. “I have thrown it away as I am afraid that someone will track me and kill me. I am very paranoid now.”

Aziz spends most of his days at home, reading books or watching TV and trying to tune out the world.

“I have not read anything posted online,” he says. “I don’t want to become stressed.”