Home Gay Life Man Bought The Town Of Hell And Renamed It To Protest Trump’s... 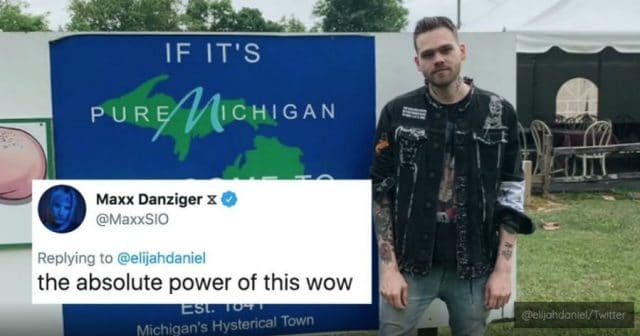 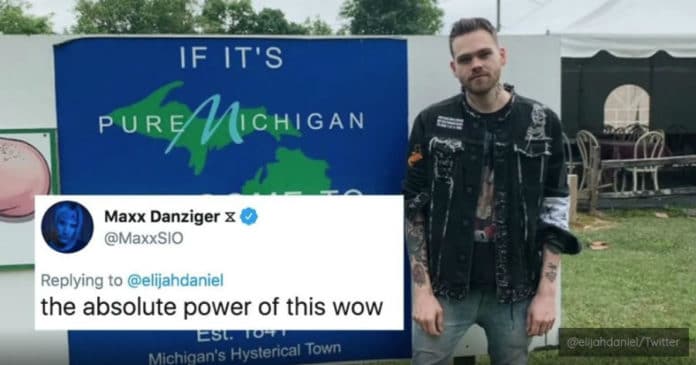 The news that Trump administration had contacted its embassies around the world and banned them from flying rainbow flags in honor of PRIDE month broke recently, and they were met with swift backlash from the LGBTQ community.

However, YouTuber Elijah Daniel decided to defy the White House’s decision, and he made the most dramatic gesture. 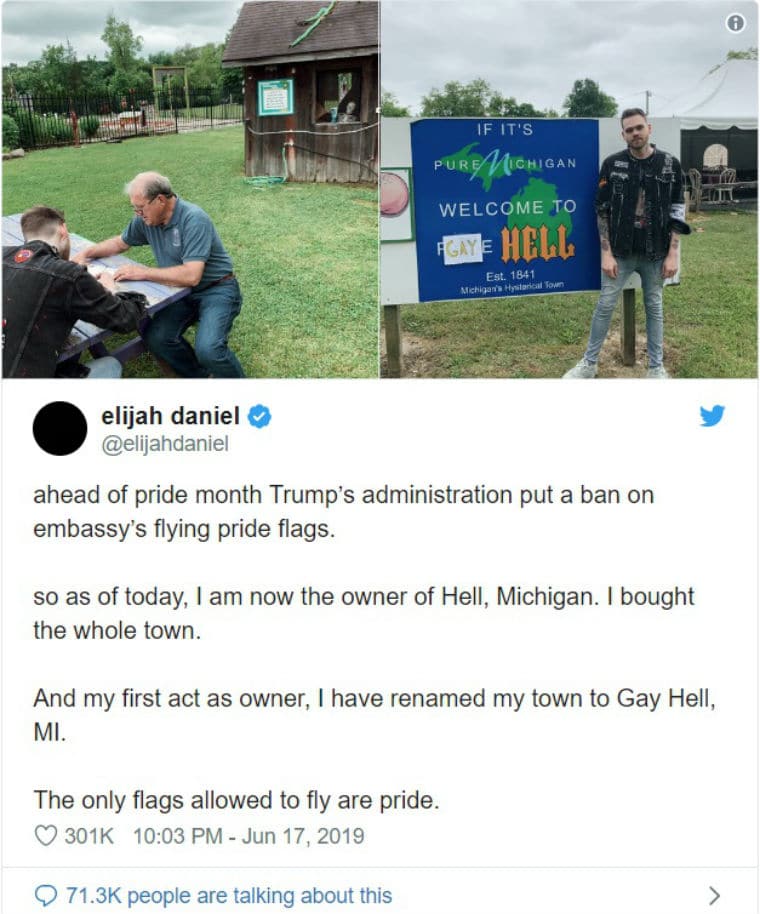 Yes, believe it or not, Gay Hell, Michigan, is a real town in Michigan. It takes up about 5 acres of land, and 70 people live there.
It was listed for purchase for $900,000, and it seemed like a great deal to Daniel. 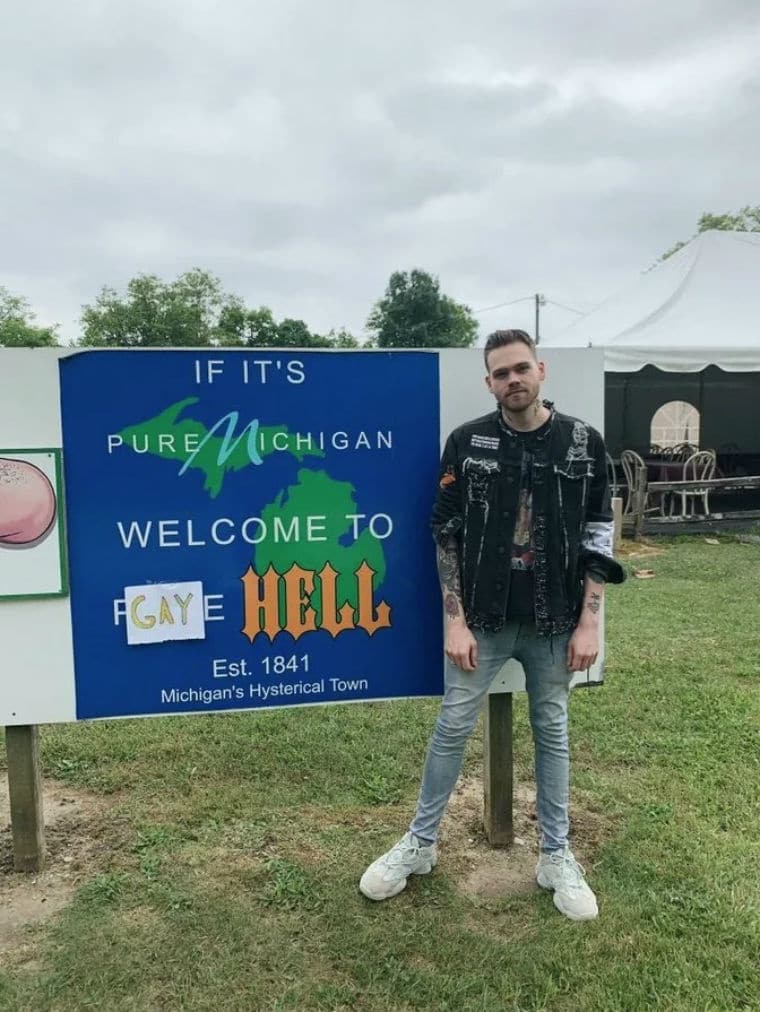 And this isn’t even the first time Elijah Daniel has been in charge of Hell.
He even became a mayor of the town for a brief period of time. 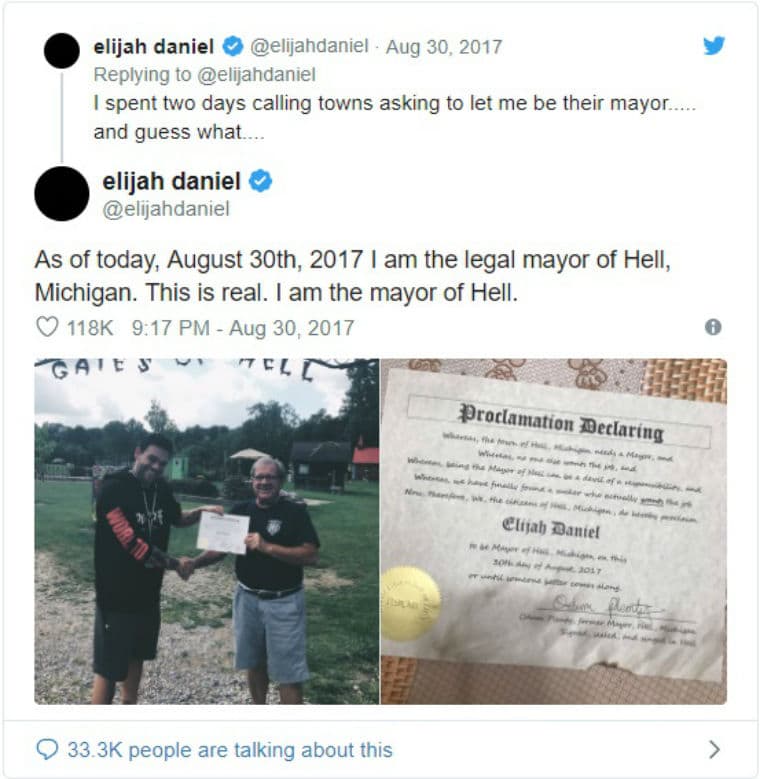 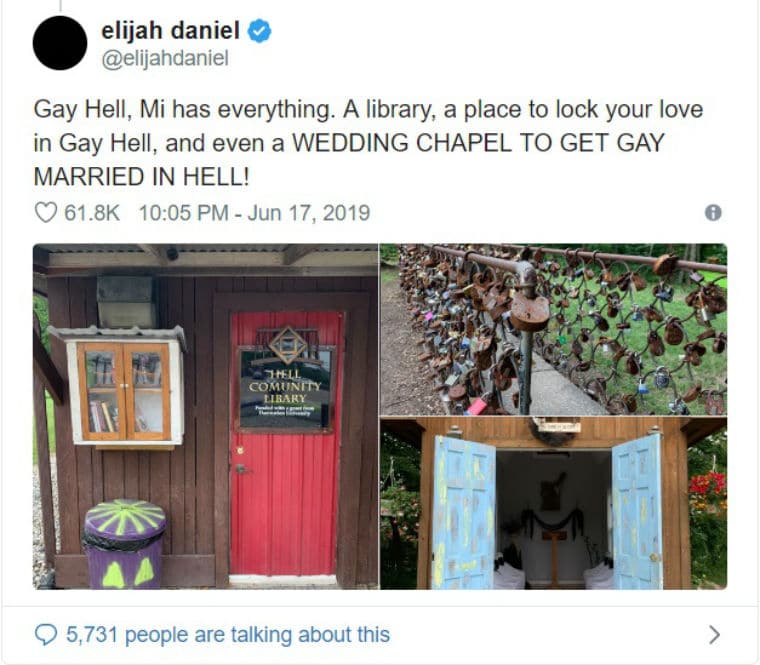 People were amazed by the lengths he went to make a point: 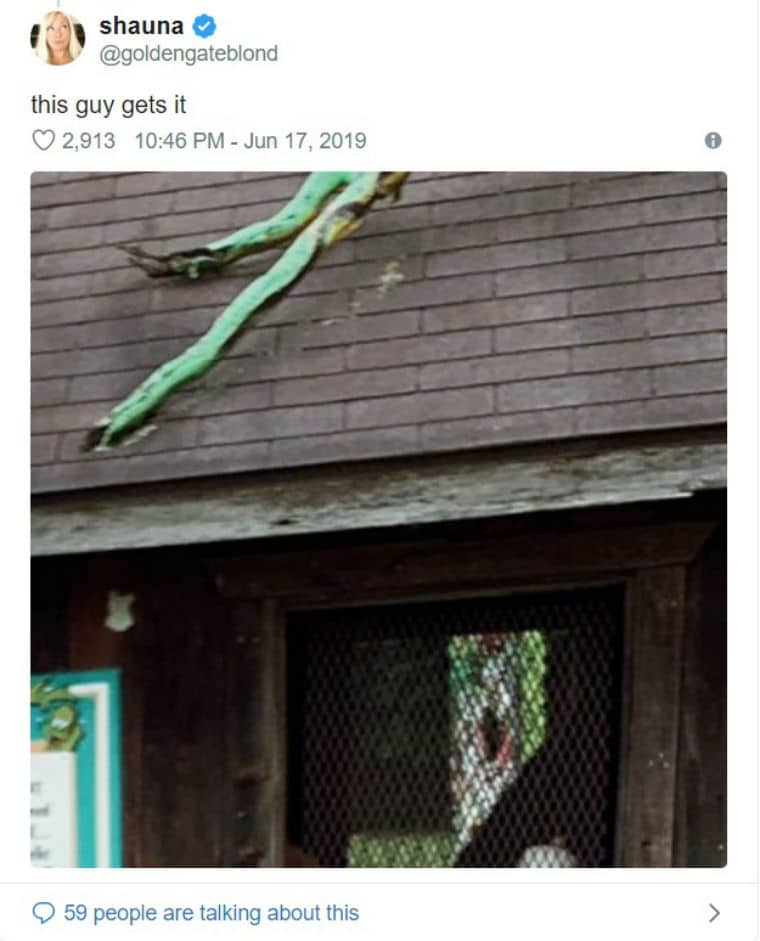 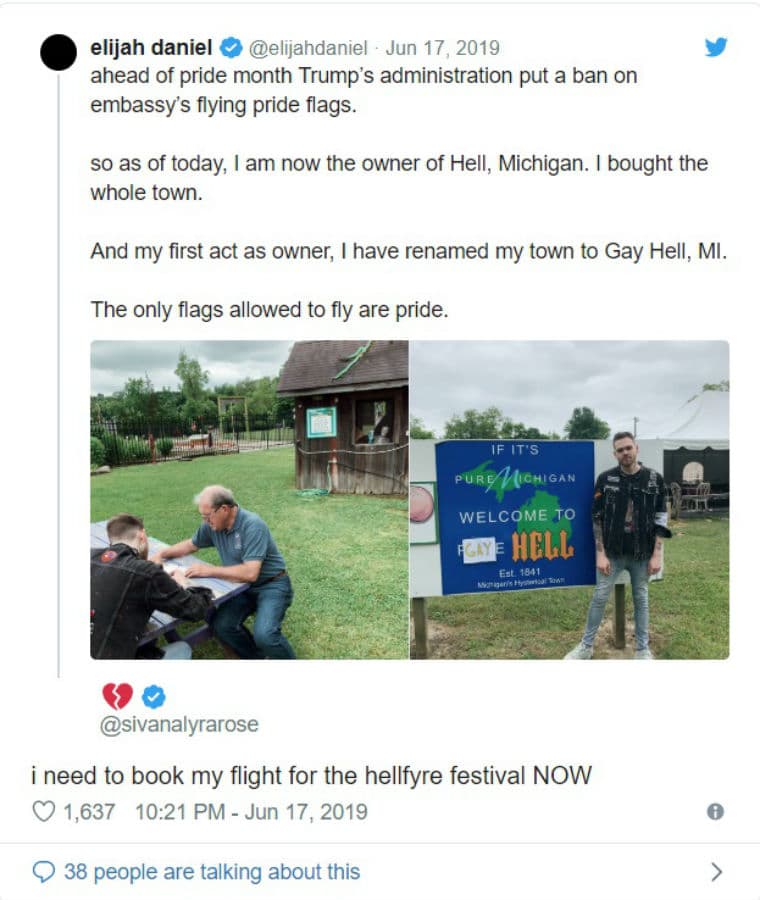 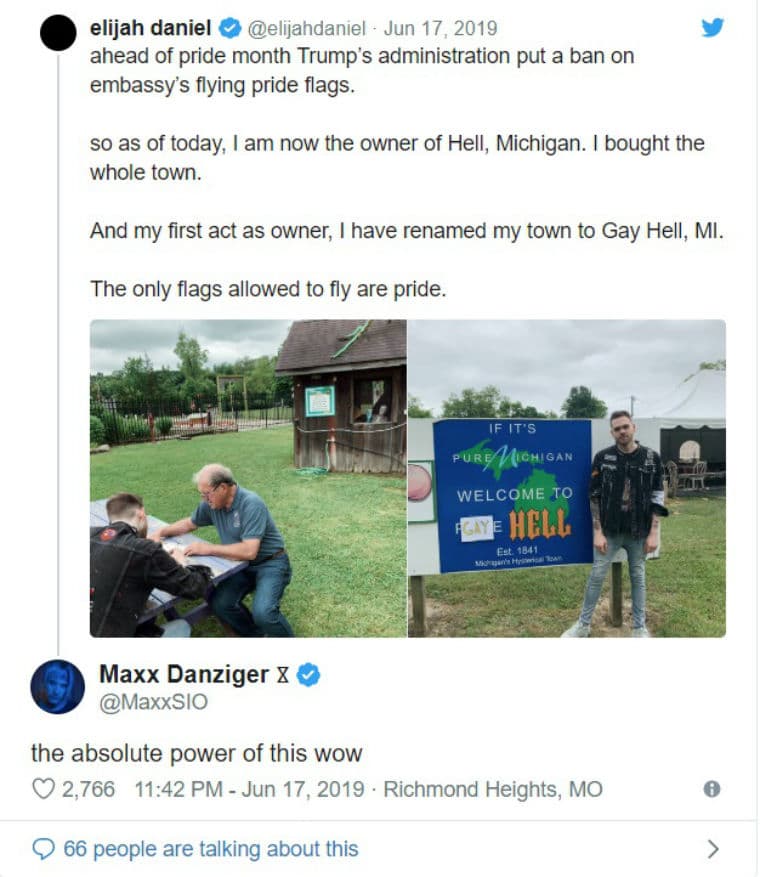 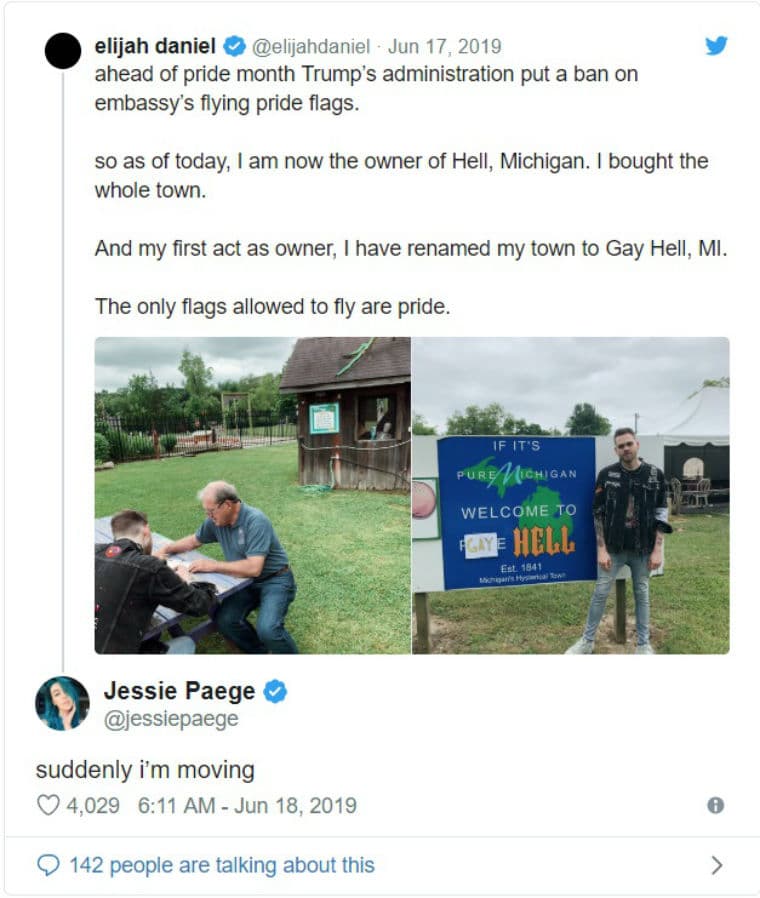 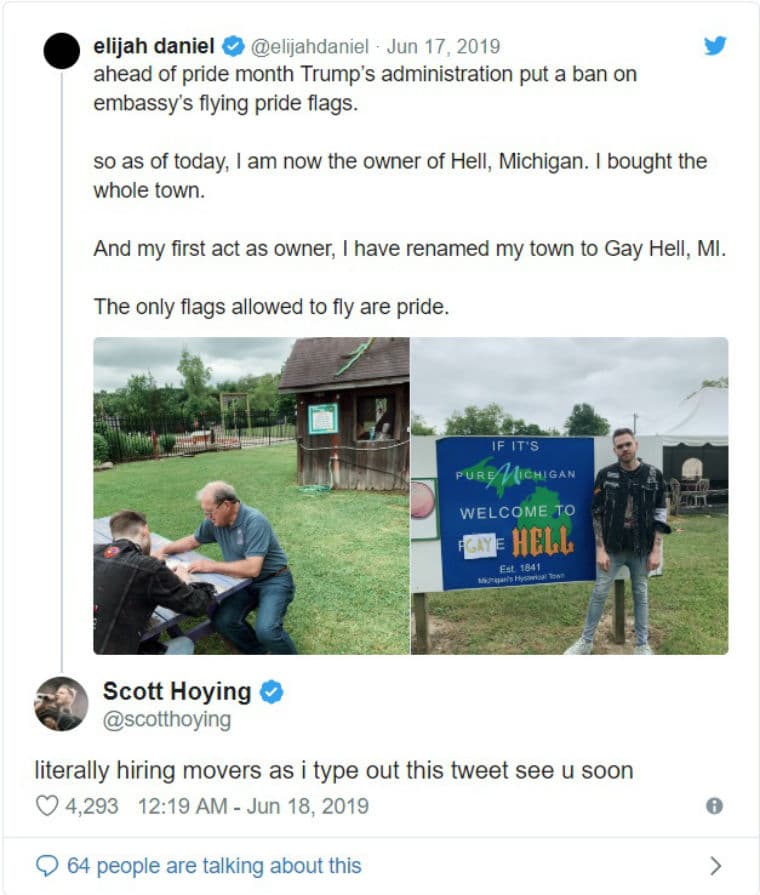 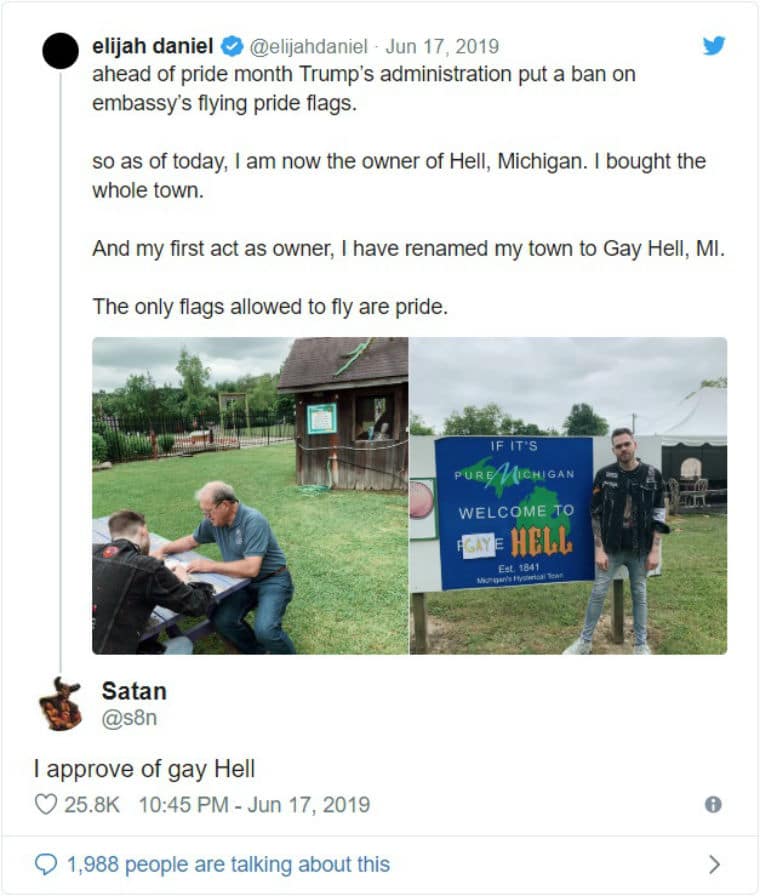 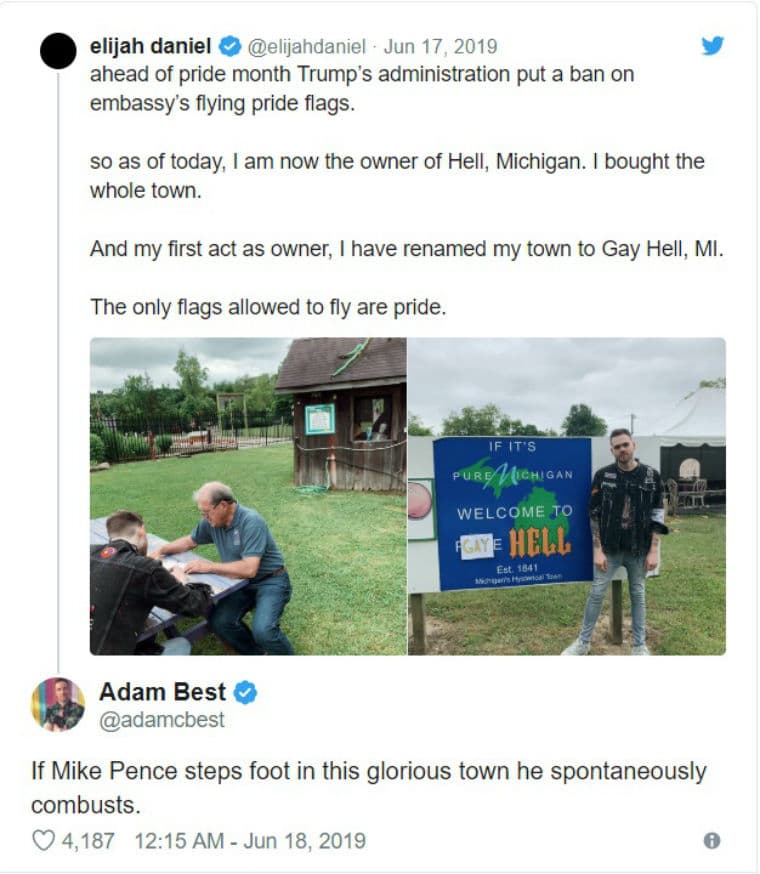