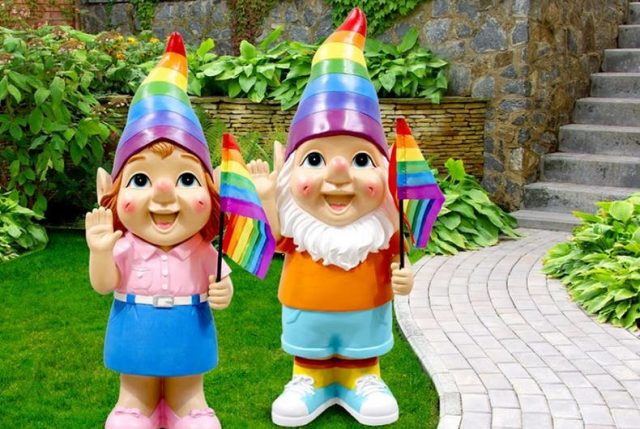 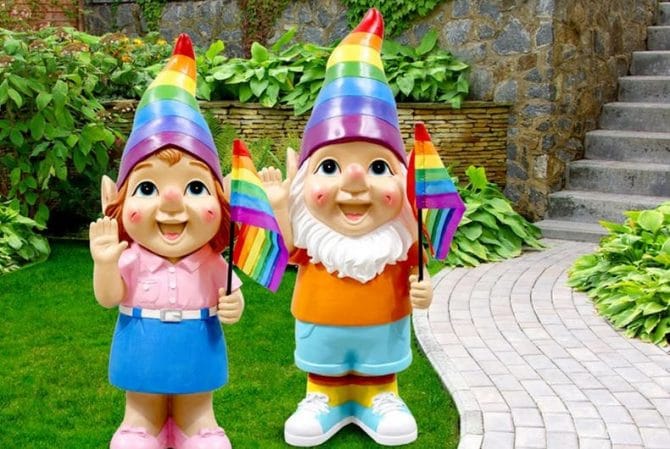 Police in the UK were forced to remove a man for flying into a “violent rage” after he spotted a set of garden gnome statues painted with the Pride flag.

A local shop in Estover called Asda began selling Pride-themed garden gnomes in a few years ago as a show of support to the LGBTQ community.

On June 29, a man entered the store and saw the statues on display. That’s when things turned ugly.

According to witnesses, he flew into a violent rage, shouting about how the gnomes offended him.

“The guy started saying random things like ‘it’s a gnome!’” said one witness. “It offended him as they don’t have a sexuality.”

“I’m assuming the guy was offended as they look like they have a gender, that’s the bit I caught of the situation.”

Store employees called police who asked the man to leave the scene. Owners of the store say they have zero tolerance policy for violent or threatening behavior toward customers or employees.

Funny how the guy seemed more offended at the notion of queers gnomes rather than  how tacky they look on a lawn.