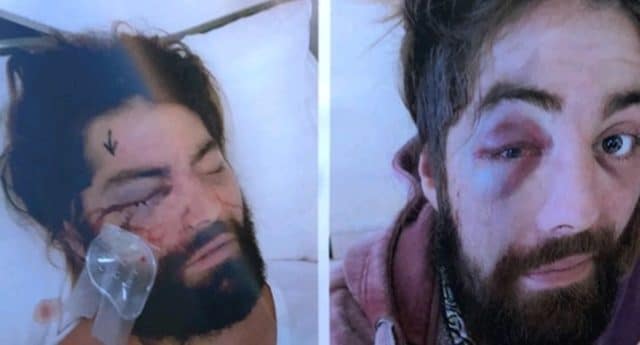 A man has been left blind in one eye after a homophobic attack outside a nightclub in Melbourne, Australia.

Elliott Harvey, an environmental scientist from Rosebud was attacked outside the nightclub in the Brunswick suburb.

He says three men attacked him over his hairstyle.

Speaking to The Age, he said he was attacked by “some aggressive young guys”.

He had been going to the Rubix club to see live music.
Harvey added: “I think they particularly disliked my [ponytail]”, saying he was set upon by the men who threw “homophobic insults” at him.

“All the things they said to me were pretty trivial, just homophobic insults,” he said.

“I had a few minor altercations with them that I didn’t really register and then at one point in the evening they singled me out and attacked me,” added Harvey.

He was repeatedly punched in the head and eye after being punched to the ground.

“I was on the ground when they punched my eye out. I was just wondering where my eye had gone, I couldn’t see out of my right eye, that’s a pretty alien feeling.”

The men are believed to be in their 20s and fled the scene after the attack.

Detective Acting Sergeant Joseph Hartwig has appealed to speak to the men “as soon as possible”.

Harvey was hospitalised after the attack and despite several operations, has not regained the site in his eye.

“I can’t work because I can’t drive… a lot of the things that make me happy are pretty sad right now.”

Harvey says he still goes out but that he is more cautious and stays with friends.