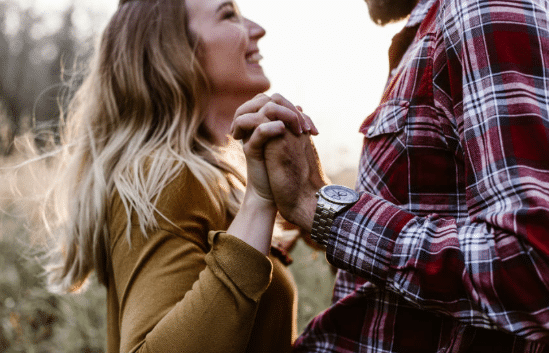 The older man warned the younger, bisexual man to break off the relationship with his daughter. What should he do?

A letter to the weekly relationship agony aunt in British newspaper The Guardian has gone viral.

In it, a man says that he recently met his girlfriend’s parents for the first time. He says that he’s enjoyed relationships with men and women previously, but is now committed to his girlfriend. He wanted to marry her.

However, meeting her parents has truly thrown a spanner in the works. The reason? During the meeting, the younger man realized he’d once had sex with his girlfriend’s father.

‘I was going to propose, but when my partner and her mother were away, [her dad] told me to end it with his daughter. I’m obviously in love – shall I just ignore him, or tell my partner?’

‘Walk away’ from girlfriend

The Guardian’s resident expert and counselor is a US-based psychotherapist, Pamela Stephenson Connolly. She is the wife of comedian and actor Billy Connolly.

Stephenson Connolly is unusually blunt in her advice. She informs the man he should end it with his girlfriend.

‘I am not sure you could ever have a comfortable future with your new partner. To tell the truth would be to court disaster: a probable break-up, plus the risk of a permanent rift between father and daughter and father and wife.

‘Hiding the truth would lead to toxic secret-keeping that could be equally destructive in the long run.’

In short, the young man should: ‘Walk away now, and avoid the massive pain that would otherwise be inflicted on your partner, her family and yourself.’

Some disagreed with the advice. One reader said it was unfair to walk away without giving the girlfriend the option of making her own choice.

‘Truth must be at the foundation of all human relationship or it will eventually fail. Assuming your girlfriend knows that you were bi until falling in love with her and that you slept with everybody in your path [which she deserved to know up front anyway] then you can give HER the option what to do with this bond, rather than leaving the choice to her dad.’

Others agreed, pointing out the daughter may already have some idea of her father’s sexual behaviour.

Some questioned the younger man’s assertion that he had been through a ‘bi phase’. Many bisexual people have fought negative stereotypes around bisexuality – that they are indecisive, going through a phase or more likely to cheat on partners.

But others supported the therapist’s advice.

‘If he really loves her, he needs to think about how this would affect her. Telling her would drop a massive, irreversible bomb in her life. She will learn that her father was unfaithful, may still be unfaithful, is bi-sexual (or possibly gay) and has been hiding this huge secret from his family for decades,’ said one.

A bisexual advocate gives her advice

GSN reached out to bisexual campaigner Lois Shearing for comment.

‘Despite sharing a giggle about this man’s quandary, there definitely seems to be a lot of negativity going on towards bisexuality in this confession,’ she said.

‘The most striking example here is Pamela [Stephenson Connolly] referring to someone being bi-curious as being “open-minded and sexually open”. As if being attracted to multiple genders is somehow more open and out there than being monosexual.

‘I wonder if she would have said that if the boyfriend had had casual sex with the mum rather than the dad?

Shearing said other options besides walking away could be explored.

‘I think it was a bit dismissive of Pamela to say the only solution to the writer’s problem is ending the relationship, especially when her answers tend to be more nuanced and measured.

‘I worry that the general negativity towards male bisexuality caused such a short answer, but I hope not. Bi men have the lowest coming out rate in the entire LGBTQIA+ community and a lack of representation and biphobia are two driving factors.

‘As funny we may find this situation, it would have been nice to have seen space and consideration given to bi men’s lives in such a mainstream publication.

‘This is a difficult situation because while I would suggest the boyfriend should have an open conversation with his girlfriend. That might “out” the dad, and no one deserves to be outed,’ said Shearing. ‘Even if hiding their sexuality has led them to cheat.

‘So, I personally would have recommended an open conversation with the dad, explaining how much the boyfriend loves his daughter and trying to see if they can talk some things through.

‘For example, is the dad so against the relationship because he has internalized the stereotype that bisexual people are more likely to cheat and doesn’t want that for his daughter? Or is it because he doesn’t want to be reminded of his own infidelity/bisexuality?

‘Also, it’s important to note that while it might be the case for this man, lots of people stay happily (and faithfully) bisexual after meeting the person they want to marry. It would have been helpful to dispell myths if Pamela had included this in her answer.’

What do you think the man should do? Comment below.