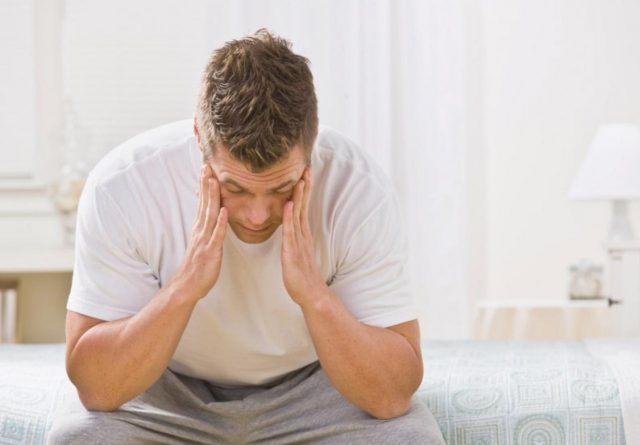 When he came out to his progressive family at the family barbecue, he didn’t want no trouble. Just a pat on the back and the relief of knowing he could “move on with their support.” But no such luck. That close, ever-smiling, ever-prying family support didn’t stop after the obligatory “We’re so proud” and “It’s okay to be gay.” Now, “all they talk about is how I’m gay. Nothing else I do matters.”

Such is the (thoroughly modern) problem facing Reddit user ifeelcursed. Since he came out, his cousin has been asking “weird questions,” like if he’s “ever thought of wearing lipstick.” Every aunt, uncle, and godmother is bending over backwards to set him up with available men.

My father [64M] even suggested that I wasn’t really interested in mountain biking (I’ve been biking since I was eight and it is a favorite hobby of mine) and didn’t need to “fake it” anymore now that I wasn’t in the closet.”

Female friends are galloping over to invite him out to shopping and random fashion events, even though he hates both and they’ve known that for years. Then, on Labor Day, they threw an abrupt and surprising “coming out” party, complete with a rainbow flag cake and a “Gay Pride!” banner, despite the fact that he’s notoriously shy.

“I’m very disappointed at learning how stereotypical my loved one’s views of homosexuality are,” he laments.

I used to admire these people, but they clearly no longer think highly of me. I’m just ‘the gay one’ now. It’s very emasculating and embarrassing. I think they would still respect me if I were straight. I am starting to hate my sexuality.”

Needless to say, the advice from other Redditors swiftly poured in.

“You might need to start getting harsh,” suggests DiTrastevere.

As soon as someone starts in on the stereotyping, just remind them “I’ve asked you not to do that, please stop.” If they won’t shut up, walk away/sign off/hang up. Keep doing for as long as it takes to train them out of it. They’ll learn eventually if they care about their relationships with you.”

“You’re right in that they are disrespectful to you,” tingiling writes. “They are straight (heh) up telling you that they, a group of cis-het people, know more about being gay than you, an actual gay person.

The fact that this is having a negative impact on you is very important here. You’re well-being matters more than their stereotypical assumptions. So being polite doesn’t have to be a priority.”

“I do think it will die down over time once it becomes clear that you weren’t hiding some secret ‘gay persona’ from them,” says six_of_swords.

But in the meantime, I think you’re going to have to fight a little. You’ll probably have to keep reminding people – maybe a bit aggressively – that their stereotypes are not welcome.”

What would you do if you were in this guy’s predicament? Do chime in in the comments section below.