Home Gay Life Man ‘tortured girlfriend’s 8-year-old son to death because he thought he was... 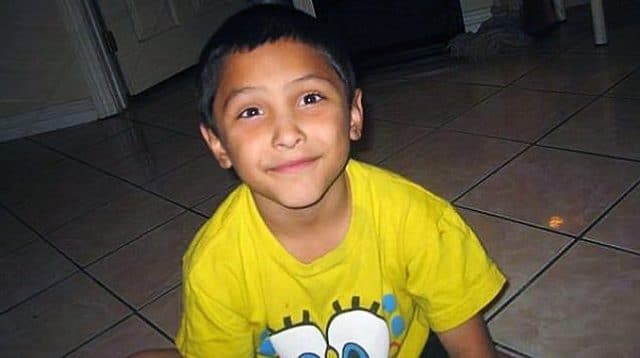 Gabriel Fernandez was allegedly beaten, burned, bitten and starved before his death.

A man accused of torturing his girlfriend’s 8-year-old son to death did so because he through the child was gay, a prosecutor has said.

32-year-old Isauro Aguirre, of Palmdale, California, has been charged with the murder of 8-year-old Gabriel Fernandez with a special circumstance of torture. The boy’s mother, Pearl Fernandez, also faces trial.

Hatami explained that Aguirre and Fernandez beat and bit Gabriel, burned him with cigarettes, shot him with a B.B. gun, whipped him, starved him, fed him cat litter, and kept him gagged and bound before he was discovered on May 22, 2013.

The couple had called the emergency services that treated Gabriel, but only in an attempt to cover up their crimes, the prosecutor said.

The prosecutor also said that Aguirre forced Gabriel to dress in girls’ clothes before going to school, and did not like the child because he believed he was gay.

Hatami also said Aguirre forced his girlfriend’s son to dress up in girls’ clothes before going to school, and stressed that he did not like Gabirel because he believed him to be gay.

“Gabriel’s last vision was that man over there standing over Gabriel, beating him to death,” Hatami said. 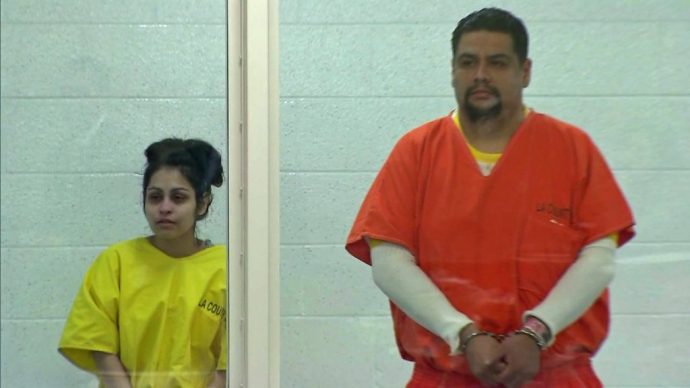 “The evidence will show that the defendant is nothing more than a bully,” Hatami said. “He was a security guard who intentionally tortured and abused a helpless and innocent little boy.”

Aguirre’s defense lawyer said that while his client admits murder, he denies the charge of torture, according to KTLA5.

John Allan, defending, said: [Aguirre] is guilty of murder, but the special circumstance alleged, that he intended kill Gabriel with the infliction of torture, is not true.

“Despite the horrific abuse, Isauro never intended for Gabriel to die.”

Aguirre’s is expected to last about eight weeks. The boy’s mother will be tried separately.

Meanwhile, four social workers who were assigned to Gabriel’s case also face charges in connection with the death.