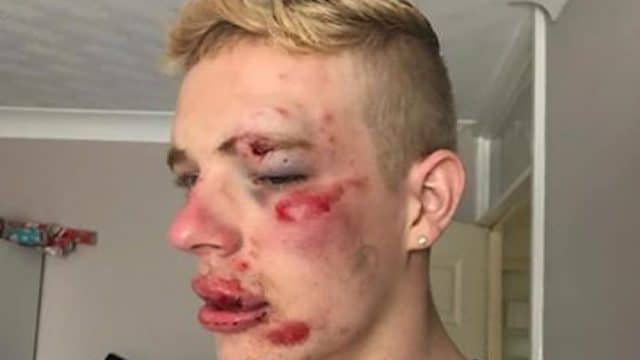 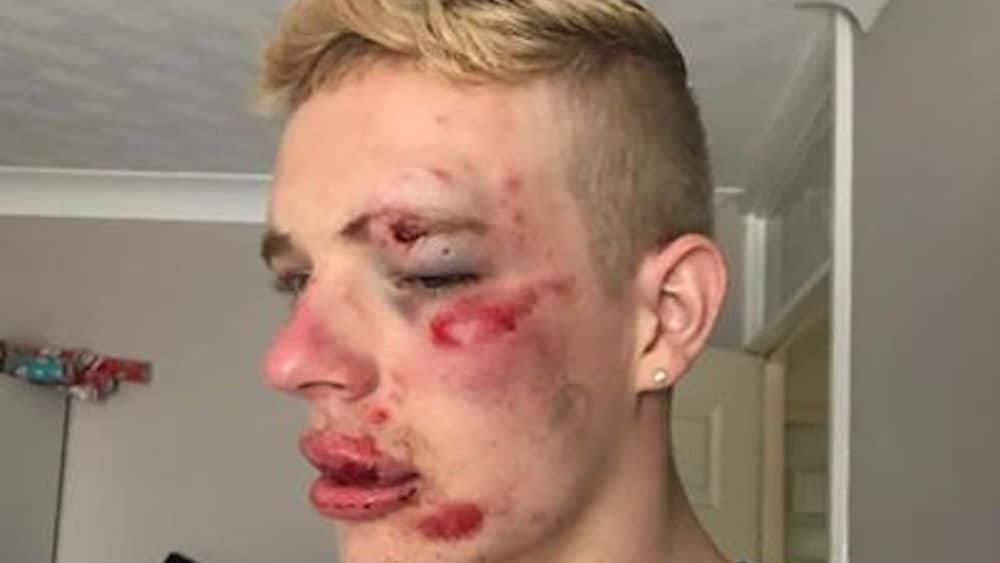 A 22-year-old British hotel receptionist named Ryan Williams says he was viciously attacked by a man in a homophobic gay bashing that happened over the weekend. The attack occurred in the city of Preston within the northern England area of Lancashire.

Williams told the media that after a night out with friends, he and his pals went to McDonald’s to get a late night snack. Near the restaurant, a a man attacked him.

Williams said, “There was a group of people nearby in the street and they started calling me and my friends gay. We went over and told them it’s not okay to say things like that. As I walked away then one of them ran after me and he hit me in the back of the head.”

After the attack, the assailant ran from the scene along with two men and a woman.

Police have not yet arrested any suspects and are asking the public for help.

Williams’ Facebook post showing his injuries has been shared over 66,000 times, gotten over 129,000 reactions and received 61,000 comments, mostly of compassion.