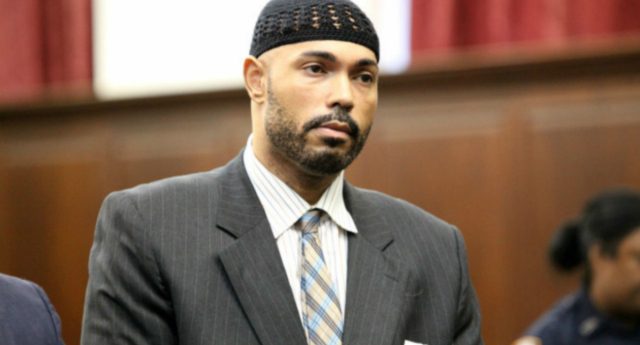 A man who attacked a gay couple in a New York restaurant has been sentenced to nine years in prison.

Bayna Lekheim El-Amin assaulted Ethan Adams and Jonathan Snipes at a Dallas BBQ in the Chelsea area of the city in May 2015. Video footage of the event showed El-Amin using a chair to attack the couple, hitting them over the head and stamping on them, while he called them “faggots”.

He was found guilty of second-degree assault and first-degree attempted assault.

El-Amin’s defense tried to claim self-defense because they alleged that Snipes made the first blow. However this was rejected by the court.

The prosecution said that he attacked the couple because “Jonathan Snipes humiliated him and he was pissed off.”

Adding to his defense, El-Amin said that his race had been a factor in the incident.

“I feel like my race was involved in that,” he added.

“If the situation was reversed and I would have went up to them, it would have been different. It wouldn’t have come out the same.”

Supreme Court Justice Arlene Goldberg said that she didn’t “see there was any evidence of that.”

Yesterday (September 15), Justice Goldberg sentenced El-Amin to nine years and added that even if the couple had started the fight, he should not have responded in the way that he did.

“That you did not cause serious physical injury to them was only by luck,” she added.

Assistant District Attorney Leah Saxtein, said: “He used a dangerous instrument to strike them on the most vulnerable parts of their bodies. That is what this is about—not homosexuality.”