Home Gay Life Man who headbutted Australia’s Tony Abbott says it had ‘nothing to do’... 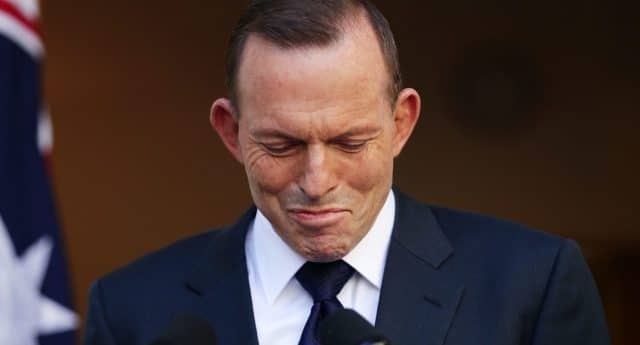 Tony Abbott was not headbutted for opposing same-sex marriage despite his claims to the contrary.

Mr Abbott, the country’s right-wing former Prime Minister, has been a vocal opponent of same-sex marriage as voters have their say on the issue in a binding postal vote.

He was a victim of an attack during a confrontation yesterday after attending a meeting with anti-gay marriage campaigners in the city of Hobart.

Mr Abbott’s sustained only “minor injuries” in the attack, which the politician claimed was perpetrated by a supporter of equal marriage.

The ex-PM appeared repeatedly in the Australian media yesterday, blaming “bullies” in the equal marriage lobby for the assault.

However, the man arrested for headbutting Mr Abbott has now spoken out – and insisted it had nothing to do with equal marriage. 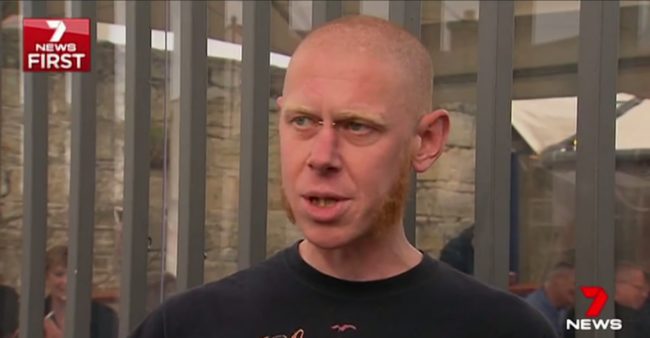 Astro ‘Funknukl’ Labe, a self-described anarchist DJ from Hobart, was charged with one count of common assault following the incident.

He said in a statement: “I must state in no uncertain terms that this has nothing whatsoever to do with marriage equality.

“This was nothing to do with the Yes campaign, I’m not a campaigner, I’m a lone anarchist that felt the need to headbutt Tony Abbott because I didn’t think it was an opportunity I’d get again.”

Labe says he plans to plead guilty to the assault.

It is unclear why Mr Abbott told the media he was assaulted because of equal marriage, as Labe insists he said nothing to Abbott on the subject during the incident, though was reportedly wearing a small ‘Yes’ badge.

Nonetheless Mr Abbott and the ‘No’ side wasted no time in exploiting the attack to encourage people to oppose equal marriage.

Mr Abbott claimed yesterday: “If you don’t want to be pushed around by activists, vote ‘no’.”

Tasmanians United for Marriage Equality spokesperson Robin Banks said the perpetrator charged with the attack against Tony Abbott had no links to the “Yes” campaign other than a badge.

He said: “We don’t know this man and certainly don’t condone his stupid act of violence.”

The Equality Campaign also swiftly condemned the attack.
Earlier in the week a Cafe was threatened with arson for supporting the Yes campaign while a 14 year old girl received a death threat for supporting marriage equality on social media.
Mr Abbott has aggressively fought an aggressive campaign against same-sex marriage despite the fact that his own sister Christine Forster is gay, and waiting for the right to marry her same-sex partner.

Abbott stunned the country last month when he appeared to suggest it would be “best” for Ms Forster’s children to be raised by a straight couple.

The family feud heightened this week, when it emerged that Mr Abbott’s daughter Frances is backing up her gay aunt over her own father.

The ex-PM pushed ahead with his plans to speak to the group, which has also opposed LGBT people in the military, same-sex adoption and equal marriage.