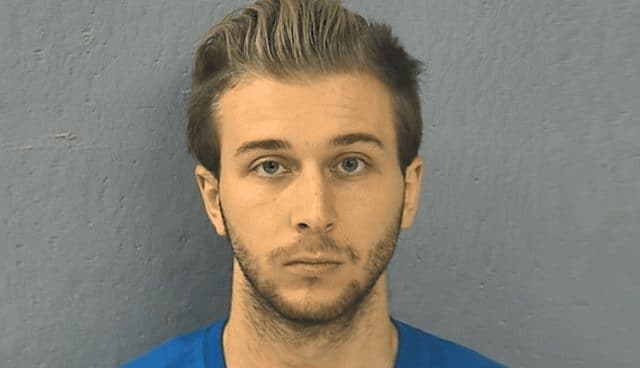 A 22-year-old man from Missouri avoided jail time after he admitted to molesting an 11-year-old girl.

Prosecutors dismissed charges of child kidnapping and first-degree statutory rape against Joseph Meili after he agreed to a plea deal.

Meili was sentenced to five years of supervised probation on Friday after pleading guilty to third-degree child molestation as part of a plea deal reached earlier this year, The Huffington Post reports.

According to Police, Meili first made contact with the young victim, whose identity has not been released, on an app called ‘Meet Me’ early in the morning of July 16, 2017.

Meili reportedly took the girl to his home, where the girl later told police she fell asleep but woke up feeling like something sexual had happened, according to The Jefferson City News Tribune.

While she was being assaulted, authorities were conducting a massive search for her, with officers, firefighters, and sheriff’s deputies knocking on doors and searching nearby woods.

She reportedly returned home several hours later but had already been reported missing by her family.

She later tested posted for chlamydia, the Tribune reported.

Elizabeth Fax, a senior assistant prosecuting attorney for Greene County, told The Huffington Post that the girl told authorities several weeks after the incident that she and Meili had sexual intercourse.

Meili told investigators he agreed to meet the girl because he believed she was 18 years old based on her profile on the dating app, according to media reports.

Scott Pierson, an attorney representing Meili, told The Huffington Post that his client “felt horrible about the entire incident” and added: “He’s going to be required to register as a sex offender for the rest of his life … It’s a tough case. Neither side is really going to get justice here.”

Fax told HuffPost that she believes Meili knew the girl was underage.

“I think dating apps make it easier to get into these types of situations, to be sure, but to actually see her in person … He knew and just decided to go along with it anyway,” she said.