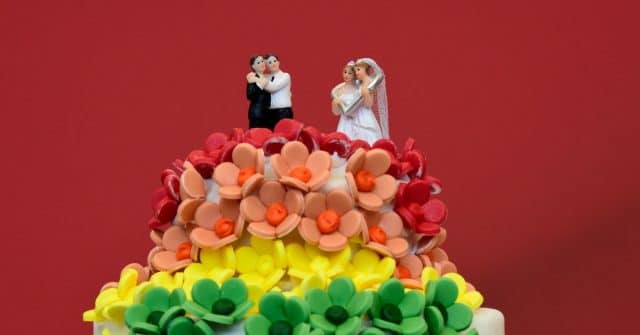 A Reddit post featuring a man asking whether he should cancel his wedding because his fiancee won’t invite his son’s boyfriend has gone viral.

The user, posting in a subreddit called Am I The A**hole, asked others to give him advice on what to do.

The man, who is not named, said he is set to be married but doesn’t know if the wedding can go ahead, after his fiancee told him he couldn’t invite his 22-year-old son’s partner.

His wife-to-be told him it would upset her religiously conservative parents.

More than 4,000 people have commented on the post, sharing their views and advice.

He wrote: “WIBTA if I called off my wedding because my fiance does not want my son to bring his boyfriend to the wedding?

“It was hard living for a long time money-wise but I always tried to do best by my son.

The man posted about his situation on Reddit (Reddit/Screengrab)

“Today I own my own gym and my son is now 22 and going to college and works at my gym full-time.

“He came out to me when he was 14 years old and I’ve always been supportive of him and his identity.”

The man added he has been with his fiancee for two years and she has never had a problem with his son’s sexuality.

He added: “My son has been dating his boyfriend since he was 18 and I’ve gotten to know him really well.

“However my fiancee told me recently that she does not want my son’s boyfriend to come to the wedding nor does she want her parents to even get the inclination that my son is gay.

“That if they found out, they would have a complete fit. This really bothered me because I refuse to ask my son to go back in the closet.

“What is going to happen in the future? When my son gets married himself? Will they want him and his husband barred from other family events?”

The man said he told his fiancee that he was “not going to ask my son not to bring his boyfriend”.

“After that I got the silent treatment for a day and since then it hasn’t been discussed again,” he added.

One user commented: “You should also seriously reconsider marrying this person. Your son’s feelings take obvious priority of the feelings of your in laws.”

Another pointed out that the in-laws are the issue. “If they’re the ones with the problem, they can be the ones to miss out. Or they can set their bigotry aside and join the party,” the wrote.