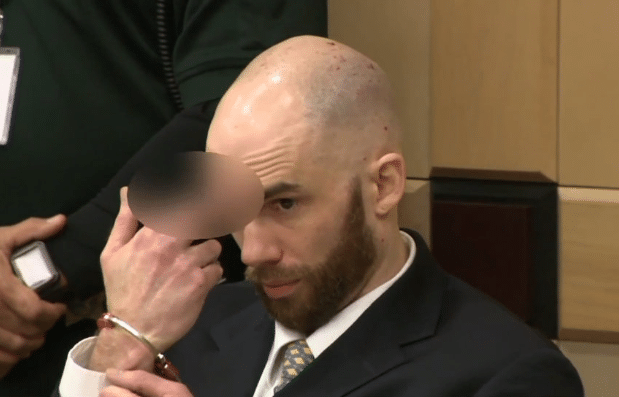 He saw it as his ‘duty as a white man’

Circuit Judge Ilona Holmes ordered the execution of Peter Avsenew for the murder of a gay couple in 2010.

In January, a jury found Avsenew guilty of killing Steven Adams and Kevin Powell in north Florida. They sentenced him to death. He showed no remorse at the sentencing, and flipped off the victims’ families before being led out of the court room.

‘I have no regrets in my life and I am proud of the decisions I’ve made,’ he told the jury. ‘No one really knows what happened that day.’

Avsenew, 33, killed the couple a few days before Christmas eight years ago, and then stole their car to escape.

Holmes could have overturned their sentence, but decided not to.

Avsenew wrote a letter to the judge, revealing his hateful feelings.

‘It is my duty as a white man to cull the weak and timid from existence,’ the letter read. ‘Homosexuals are a disease to mankind and must be put down.’

Missy Badget, a sister of one of the victims, said she was happy Avsenewe got the death penalty after what he did and the gesture he made on the day of sentencing.