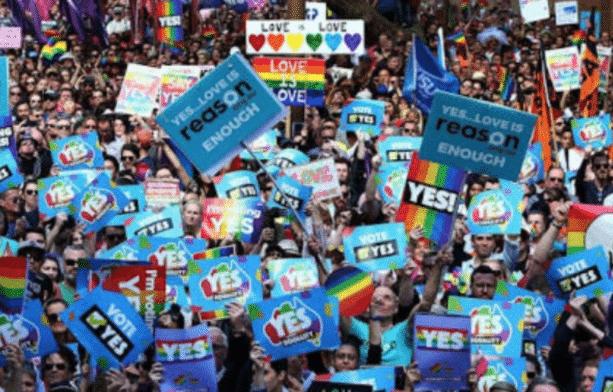 Even though same-sex couples have only had the right to legally wed for a few weeks, Australians think achieving marriage equality was the most significant in the country’s history.

The Australian Parliament passed marriage equality into law in December last year after 13 years of campaigning by marriage equality advocates. The parliament changed the Marriage Act after a national postal survey on the issue revealed more than 60% of Australians supported same-sex marriage.

But a new survey has shown which historical events Australians believe have made an impact on the country.

The ‘Life in Australia Historic Events Survey’ asked people aged between 18-93 years old to nominate events in their lifetime they felt have had the greatest impact on the country.

Achieving marriage equality was top of the list with the 30% of respondents saying it was the biggest moment for Australia. The 9/11 terrorist attacks in the US came a close second with 27% of people saying it had a big impact on Australia.

Responses varied depending on the participant’s gender. with males ranking 9/11 as the most significant event (27%), and females more likely to mention same-sex marriage (35%). 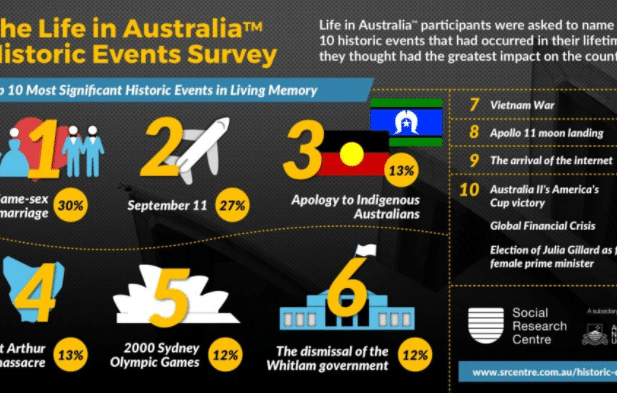 Some of the other events that rounded out the top 10 included; the Australian government’s apology to Indigenous people for removing children from their homes, the Port Arthur mass shooting where 35 people were killed, the 2000 Sydney Olympics, the election of Australia’s first female Prime Minister and the invention of the internet.

The Social Research Centre carried out the survey and was done in a unique online panel format.

The survey recruited and was maintained using probability-based sampling methods. That means the results are reflective of the entire population – which isn’t possible in other surveys.

‘We are undoubtedly living through turbulent times both domestically and internationally, and the results show a keen interest in matters both here and abroad,’ he said.

‘Human rights issues, terrorism, Australian politics and war were the most recurrent themes in participant responses across all age groups.

‘These similar responses paint a picture of Australian values that transcend generational gaps.’