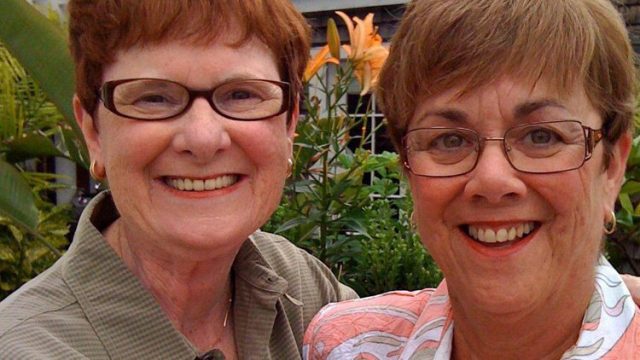 After a married same-sex couple was denied housing at a local retirement community, they brought the case to court. On Wednesday, the court dismissed their lawsuit.

Mary Walsh and Beverly Nance have been together for almost forty years. They were finally able to get married in 2009, and eventually began looking for a retirement community that would suit their needs in their advanced years.

In 2016, they toured Friendship Village in their town of Sunset Hills, Missouri. They had friends there already, and it seemed like a good fit. So they turned in an application and handed over a $2000 deposit.

It was after that — not while they were touring the facilities, not before they went to all the trouble of applying — that they were denied because they were a same-sex couple.

Friendship Village has a “cohabitation policy” that defines marriage as it “is understood in the Bible” — as between one man and one woman.

But unfortunately, Missouri is one of 26 states that allows for discrimination on the basis of sexual orientation, so the judge dismissed the lawsuit.

“The Eighth Circuit has squarely held that ‘Title VII does not prohibit discrimination against homosexuals,” the decision reads.

The women’s attorney, Julie Wilensky, maintains that discrimination against couples based on sexual orientation is a form of gender discrimination, which is prohibited under law.

Though the judge did not agree with that sentiment, Walsh said they are still considering “next steps.”