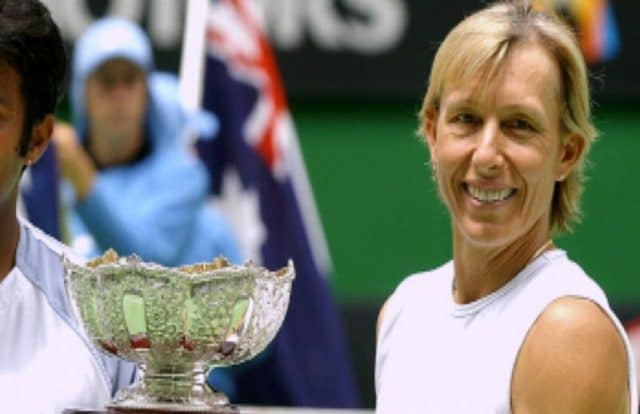 Tennis star Martina Navratilova will be involved in a BBC One documentary exploring trans athletes.

In the past, Navratilova has routinely opposed participation in women’s sports.

, Navratilova will take a central role in the documentary. Athletes, scientists, and sporting officials at the forefront of the debate will speak to Navratilova.

In this list will also be Sharron Davies, who said in March that trans athletes will

The gay rights advocate has long been a team player, but in the past year as doubled down on her anti-trans stance.

For one, she said that trans athletes will be the provoking criticism from LGBTI sports groups.

Also, she has also called for from competitive women’s sports, and on since deleted tweets.

As a result, a prominent LGBTI sports organizations .

‘The programme will fully explore a topic which continues to hit the headlines,’ said Loach.

‘We’re thrilled that Martina will bring her much-respected insight and sporting experience to the discussion, gaining fascinating input from all sides of the argument.’

To many a Twitter user or sport pundit, it seems that with each passing day more transphobic voices join a cacophonous debate over trans people in sports.

Moreover, with thousands of competitive sports and tournaments each with their own complex regulations surrounding the fitness and stature of athletes, space for reconciliation seems unclear.

In track and field racing, the  that will mean all female athletes with elevated testosterone will have to take suppressants to compete in certain races.

However, misinformation around medical procedures only fuels the debate. As a result, many trans athletes,  have spoken out against transphobes to promote better awareness.