A city ravaged by the loss of industry has seen nearly $1 billion of investment. A program to tackle 1,000 vacant and abandoned homes has reduced blight, and a renovated factory building now houses tech and other companies downtown.

Yet minutes away, in several predominately black neighborhoods of South Bend’s West Side, deserted houses, potholed streets and broken sidewalks are signs the revitalization has been uneven.

U.S. Census Bureau data showed that some of the 5,500 people in these areas, out of South Bend’s total population of 100,000, have become poorer since Buttigieg took over the city in 2012.

Two dozen residents, local activists and city politicians interviewed in this part of town said they feel ignored by a white mayor who they contended has failed to tackle South Bend’s economic and racial inequality.

They were angry Buttigieg, 37, has showcased the city’s turnaround in his strengthening 2020 White House bid while they still live in squalid conditions, suffer a lack of job opportunities and face harassment by a predominately white police force.

“This area has been totally neglected,” said Alvin Meridy, 59, an African American spot welder who earns about $25,000 a year.

Meridy did not vote for Buttigieg, a gay military veteran and former corporate consultant, when he ran for re-election in 2015. The welder drives to Michigan for work because he said skilled local workers like him have been passed over on the city’s abundant construction projects.

According to Census data, in three neighborhoods just west of downtown, the number of families whose annual incomes have fallen below the poverty level in the previous 12 months has risen significantly between 2012 – when Buttigieg became mayor – and 2017, the most recent available data.

Buttigieg’s campaign said the data offers an incomplete picture of the city, where unemployment has fallen and poverty dropped overall since he took office from 27.1% of households to 25% last year.

The city also has seen five consecutive years of population gain, after years of decline, and median household income has increased since Buttigieg became mayor.

Buttigieg acknowledged, however, there is more work to be done – both in tackling inequality and earning black voters’ trust. A Reuters/Ipsos poll released on Wednesday found no measurable support for the mayor among African Americans nationally.

On Tuesday, he told an audience of African Americans in Chicago he would enact a range of reforms to address systemic racism if elected president.

The unhappiness of some black voters in South Bend underscores long-simmering racial tensions in the city, where 27% are black.

Those tensions exploded into view at a meeting Buttigieg held with residents on June 23 after the fatal shooting of a black man, 54-year-old Eric Logan, by a white police officer.

Buttigieg was booed and heckled by some black audience members, who complained not just about what they said is a racist police force but about broader racial inequality in the city.

Buttigieg admitted he had “failed” to make the police force – just 6% black – more diverse. “I couldn’t get it done,” he conceded again on national television during the first Democratic presidential debate last week.

His contrite debate answer drew praise, and on Monday his campaign announced a huge fundraising haul of $24.8 million in the past three months.

But questions about the struggles in his hometown are likely to dog Buttigieg, now firmly in the top tier of a field of more than 20 candidates vying to take on Republican President Donald Trump in the November 2020 election.

Driving through neighborhoods in the city’s West Side, Vernado Malone, a black activist, said he respects Buttigieg and his efforts to turn South Bend around. But he lamented the lack of attention paid to this part of town and said he will not vote for Buttigieg in the presidential race.

“The mayor has fixed up downtown, but around here – nothing,” Malone said.

More than 40 percent of African American households live below the poverty line in South Bend, almost twice the national average, according to a 2017 report entitled “Racial Wealth Divide in South Bend” by Prosperity Now, a national non-profit group that seeks to lift communities out of poverty.

“He’s like an absentee landlord, in a city that’s failing,” said the Reverend Sylvester Williams Jr., a black pastor who broadcasts a daily radio show in South Bend that Buttigieg appeared on in June. “People in this area feel forgotten.”

Jerry Green, an African American who has lived in the West Side since 1978, disagreed with the critical assessments of Buttigieg. 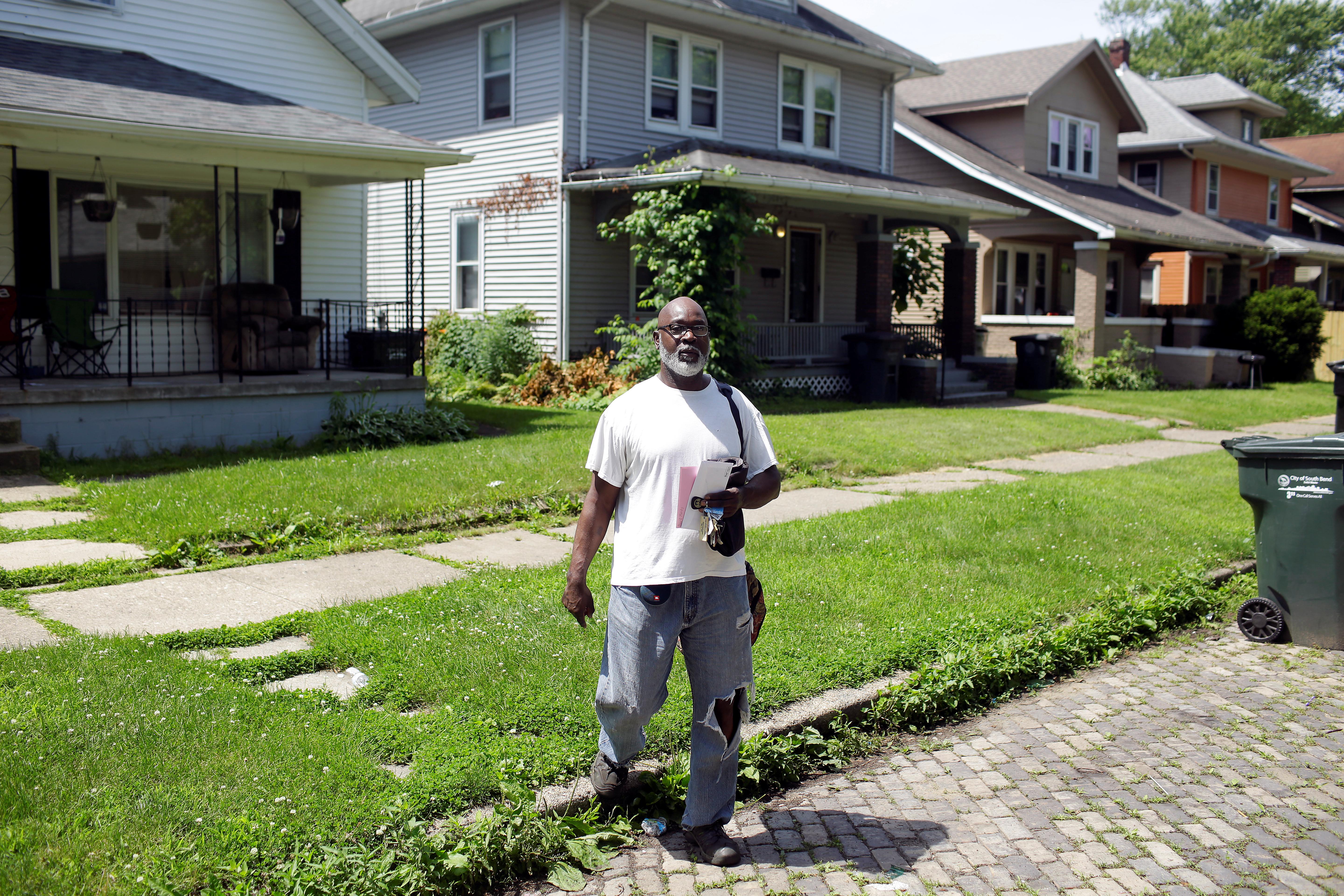 Green, 65, said the mayor has frequently visited the area, helped set up a neighborhood watch, provided funds for a local clean-up committee and sent in more police to make the streets safer.

He will probably vote for Buttigieg next year.

“It used to be a silent poverty here. It’s no longer silent,” Green said. “I’m proud of Pete. He’s a young man stepping into the arena.”