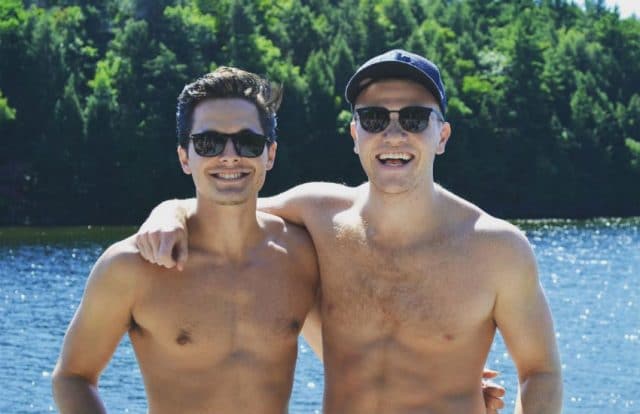 It’s the fifth Canadian season of the hit global show and the pair are the second ever same-sex couple to win after last season’s victors Steph LeClair and Kristen McKenzie.

The Amazing Race’s format sees couples travel all around the world competing in various challenges and eliminations. 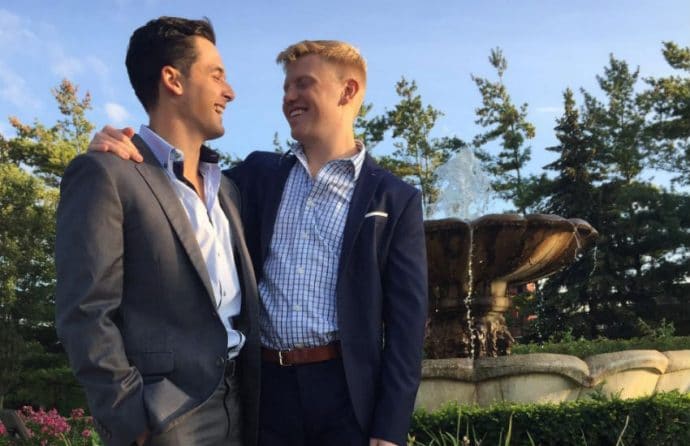 Lambert said in a press release: ‘This is the most amazing thing,’ reports the Georgia Straight.

‘We’ve met so many amazing people, and the fact that I got to do it with Paul,’ he said.

‘This race really has changed my life’

But it hasn’t all been smooth sailing. Mitskopoulos wasn’t completely out to friends and family at the start of their relationship.

He said: ‘Not being fully comfortable with who I was just about a year ago and then to be standing on national television in the top position was just so incredible.’ 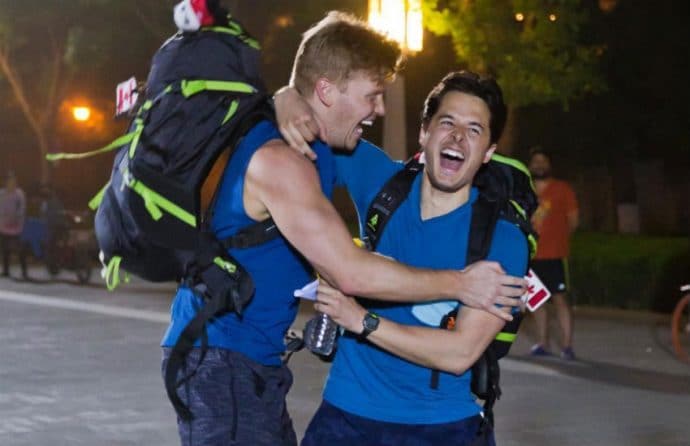 He continued: ‘This race really has changed my life.

‘Even six months ago, I didn’t want to tell people I was gay.

‘I told my family and friends, but just being in front of all of these people, and being able to show that this is my boyfriend, the man I am in-love with….I feel liberated, it’s the best feeling,’ he told CTV.

After the show aired, Lambert wrote on Instagram: ‘And that’s a wrap folks! 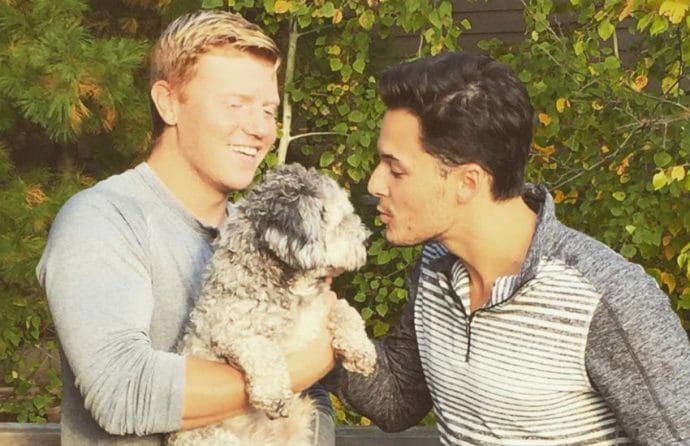 ‘A huge thank you to everyone for the outpouring of support over the past 24 hours. Your support means the world to Paul and I, and we are so lucky to have you,’ he wrote.