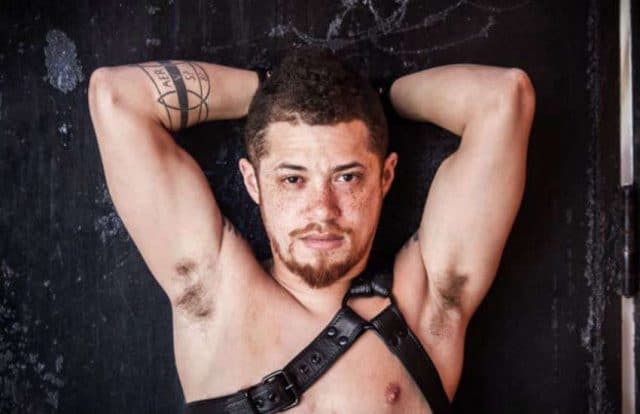 Jack Thompson is crowned as the first trans person of color to become International Mr Leather.

He is the second trans person ever in the competition’s 41-year history to win.

The reigning Leatherman of Color 2019, he beat out 67 other titleholders for the crown in Chicago.

He made a big impression on both the audiences and the judges throughout the competition. 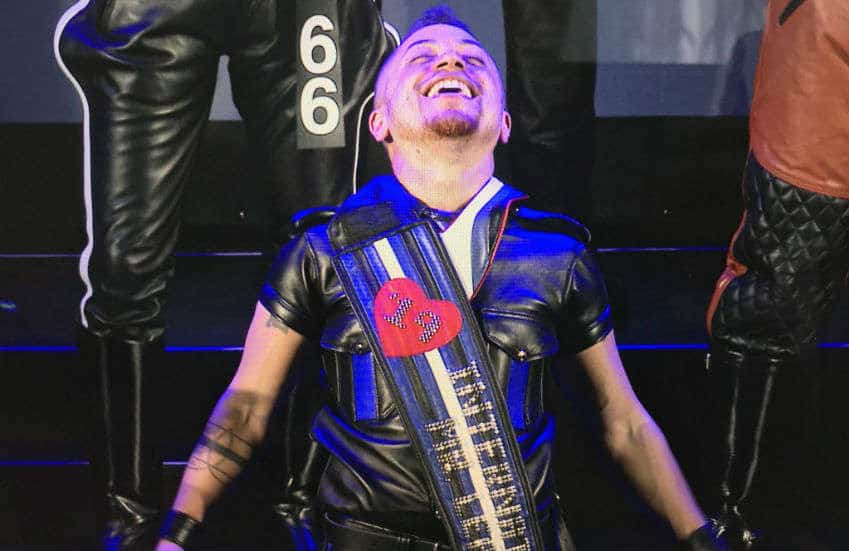 Thompson said in the speech portion: ‘There’s people in this room right now that don’t believe I’m man enough to be on this stage.

‘If you’re enough for you, then you are enough. Period.’

‘I’m Jack Thompson,’ he continued to say, ‘and I’m a proud biracial, openly transgender, HIV positive man and I am enough.’

His win did not come without controversy.

Many transphobes online have criticized the win. The crown has typically gone to a cisgender gay male.

‘Transphobia is not ok,’ Handler David said on Twitter. ‘The kind of sexual essentialism and minimisation of Jack Thompson I have seen on the internet is just transphobia.

‘We are better than that, and I will not fuck around when it comes to that shit.’

Mr Leather UK tweeted: ‘The leather scene is diverse and inclusive: we just have to take every effort to take the more marginalised among us and give them the platform to change the world.

‘What I’m seeing about the international leather community is aside from being a social space, as well as being a sexual space, there’s a political space to it as well – this whole queer identity which seems to be seeping into and challenging normative behaviors.’

This year’s IML was the second to occur after the death of event founder Chuck Renslow.

Held at the Congress Hotel in Chicago, the weekend-long convention and competition hosted thousands at the event.

Of the top 20, nine were titleholders from outside of the United States, four were members of Onyx — the leather organization for men of color — and two were trans men.