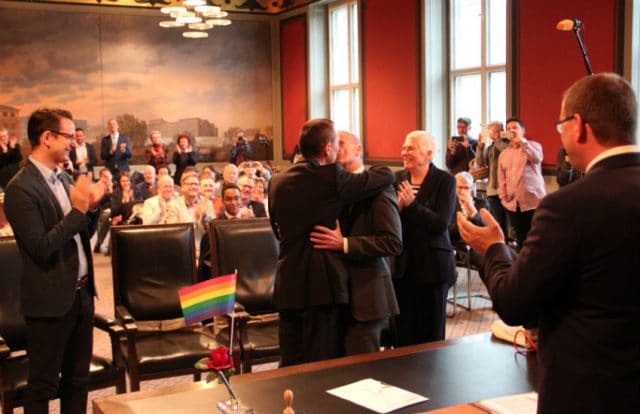 As of today (1 October) same-sex couples can tie the knot but Mende and Kreile didn’t waste any time.

In a ceremony at the Schoeneberg town hall in Berlin, the couple exchanged vows and then cut into a fabulous rainbow cake with the words ‘Marriage Equality’ written on top. 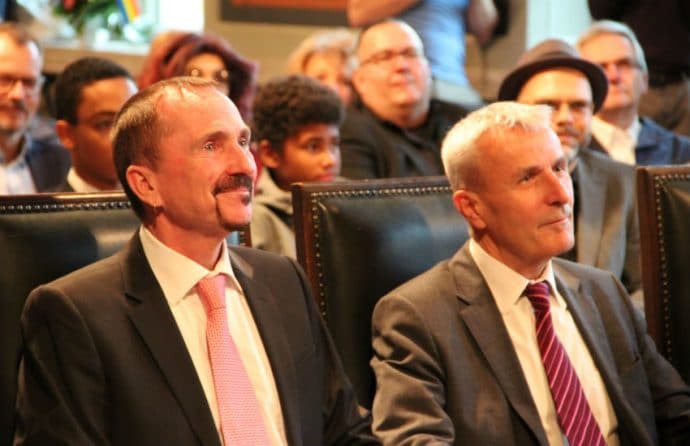 Speaking at a press conference on Friday, Mende said: ‘We have finally achieved legal equality.

‘It’s been 25 years’ of hard struggle to secure this,’ he added.

The gay men are fervent campaigners for marriage equality in the country, becoming one of the first couples to get a civil partnership over 15 years ago.

On 30 June, German Chancellor Angela Merkel allowed her party to vote with their conscience for same-sex marriage.

393 politicians voted for marriage equality, while 266 voted against. 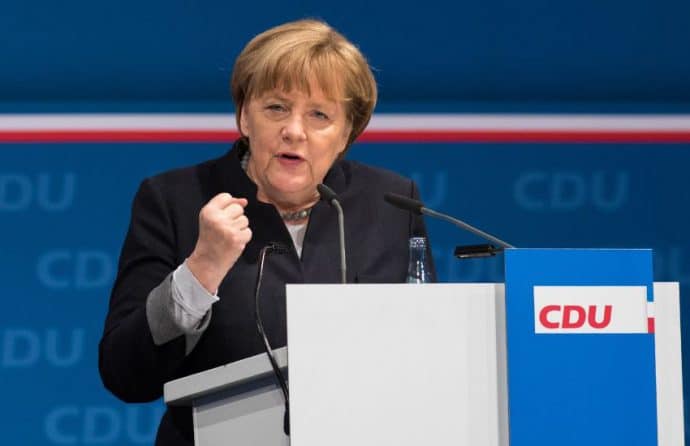 As a result, the reform gives same-sex couples full marital rights, and allows them to adopt children.

At the time, Markus Ulrich from the Lesbian and Gay Federation in Germany told Gay Star News: ‘We are feeling really emotional.’ 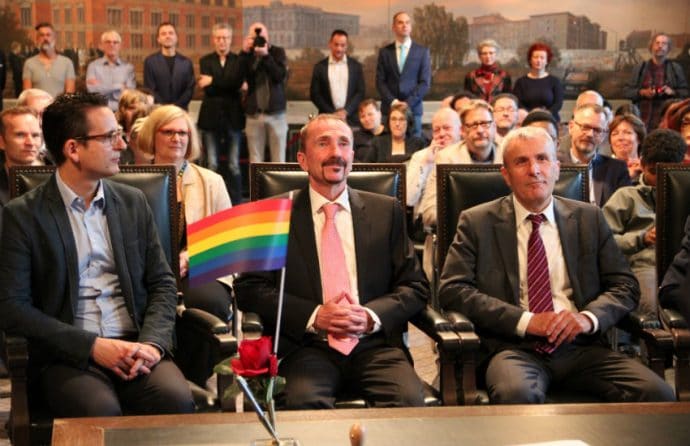 ‘Especially for people who have fought for 25 years for this moment. It’s quite amazing. It’s super exciting.