Home Gay Life Meet the gay Russian politician who wants to be elected just so... 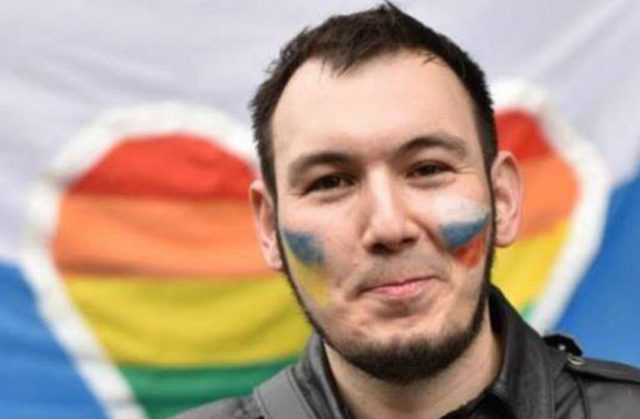 He is one of the first openly gay men to run for the Duma in modern Russian history.

A politician calling for the impeachment of President Vladimir Putin is a very brave thing to do in Russia.

Oh, and he’s also one of the first openly gay men to run for the State Duma in modern Russian history.

‘For a long time now, I have used all opportunities to cultivate an audience for accepting LGBTI people,’ Barantayev told RFE/RLE.

‘By my example, I show that gays in Russia can create their own successful businesses, can meet with people, can have children, and can even run for the State Duma.’

Moved to enter the public eye because of the ‘gay propaganda’ ban, Baranteyev has said LGBTI people are ‘branded as enemies in order to divert the public’s attention from real economic and political problems’.

Baranteyev has been attacked since entering activism and public service.

‘I have been attacked,’ he said. ‘I was called and summoned to the mayor’s office in response to my application to hold an LGBTI event.

‘But outside the building, I was jumped by thugs and beaten up. When I return home late, young men that I don’t know call me by name and shout obscenities. Because of the attacks, I am a little afraid to be out in public sometimes. But I don’t have a victim complex. They treat us the way we let them treat us.’

Aleksei Korolyov, another gay man, is running in the Parnas party in the southern city of Krasnodar.

‘The LGBT community now is in a desperate situation and we need allies,’ he told RFE/RLE

‘The LGBT community gets new resources to defend itself and the party should get some new voters…. I decided to run because the ruling party has adopted an extreme homophobic position. The authorities are facilitating a homophobic discourse in society that is inciting hate crimes.’

The Duma elections will take place on 28 September.