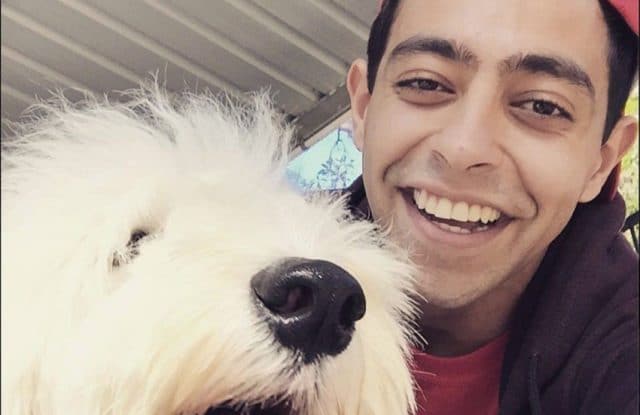 Fahad Ali, a 24-year-old university student has been a queer activist for a long time, but now his Muslim faith and queer identity are colliding thanks to Australia’s postal survey on marriage equality.

‘Muslims have a bit of an issue with homosexuality and that’s just the case. But something like this (postal survey) allows us to begin to have the discussion, that’s never happened before,’ Ali told Gay Star News.

‘It’s forced people in the community to talk about and consider their views and to really work out what they really believe.’

To help secure a ‘yes’ vote, Ali started the Muslims for Marriage Equality group. The group has brought together a cross-section of Muslims to advocate for marriage equality. It will also support LGBTI Muslim Australians during the campaign.

Soon after the postal survey was announced the group offered temporary postal addresses for people who were not able to have the ballots sent to their homes for safety reasons.

‘It’s important that queer identifying Muslims take leadership positions on these issues… we need to say this is a part of us like anyone else in the (Muslim) community,’ Ali said.

The activist said the popular belief that all Muslims oppose marriage equality is not actually true.

‘The notion that all Muslims are opposed to equal rights for same-sex couples is absolutely incorrect,’ Ali said.

‘There is a strong thread of egalitarianism and social justice within the Qur’an and we think that it is very applicable to the question of same-sex marriage.’

Australia’s Muslim population is diverse with its 604,000 strong population representing many different countries.

Ali said even though he has some critics, it is important for him to fight for equal rights.

‘What’s important for me at the end of the day is you’ve got some really shocking violence happening, across communities,’ he said.

‘There’s homophobic violence in Australia, I want to take responsibility for my community and do my part to help.

‘I think it’s really shocking and upsetting that young queer Muslims kids end up killing themselves over this.

‘They deserve to have a sense of hope.’

People are welcome to join the Muslims for Marriage Equality who will campaign alongside the broader Yes Alliance. Queer Muslims can also reach out to the group if they need help finding support during the postal survey.

‘Queer Muslims exist and there’s nothing you can do to change that and we need to be heard,’ Ali said.