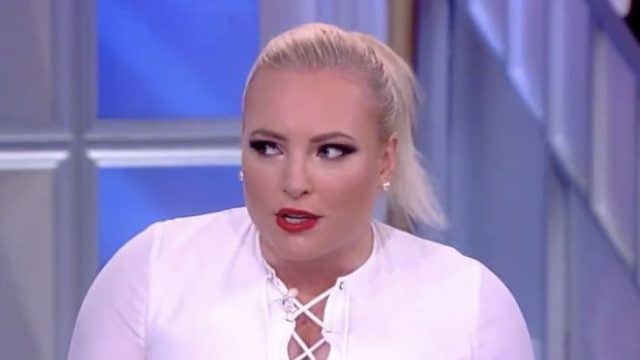 The interview mostly focuses on how McCain’s attempts to position herself as a self-assured conservative voice while not crumbing into sound-bite political tribalism. In its second-half, McCain discusses the Democratic presidential candidates who have gained her interest since she won’t be endorsing Trump. She didn’t endorse Trump in the 2016 election either.

“My husband and I woke up and talked about Pete Buttigieg being on the cover of Time magazine, and we spent about 15 or 20 minutes talking about why he’s resonating, and if he’s taking votes from Beto or Booker.”

When the interviewer informs McCain that Buttigieg’s campaign manager Lis Smith said the gay candidate “might be taking some campaign strategies from her father’s playbook,” McCain responds:

“She said that? I gotta look that up. He’s a great candidate in a lot of different ways. I like that he’s talking to the middle of the country and talking about religion. It’s fascinating that we’re having conversations about him as a white male and completely leaving out the fact that he’s gay.”

McCain has adopted pro-LGBTQ positions in the past including support for same-sex marriage and adoption and the repeal of “Don’t Ask, Don’t Tell.” She says a gay friend helped develop her attitudes on queer politics and added, “I think a lot of activism stems from love.”

Regarding Biden, she once shared a teary-eyed moment with Biden on the daytime women’s talkshow The View, discussing how her father, Republican Senator John McCain, and Biden’s son, Beau, had both died from brain cancer.

McCain told Elle, “Even if I did endorse [Biden], it would hurt [my dad]. I love Biden in a way that I loved my father. I keep trying to think of what my dad would do in this situation. I want to see what Biden’s message will be. If he’s the person I know he is, it’s going to be very tough [to remain neutral].”

Elle magazine mentioned that “the leftist Twitterati” sees McCain as “a stubborn, spoiled brat of Veruca Salt proportions,” adding, “Her cascade of dyed-blond hair and her habit of starting her spiels with ‘my father’ don’t help her cause.”