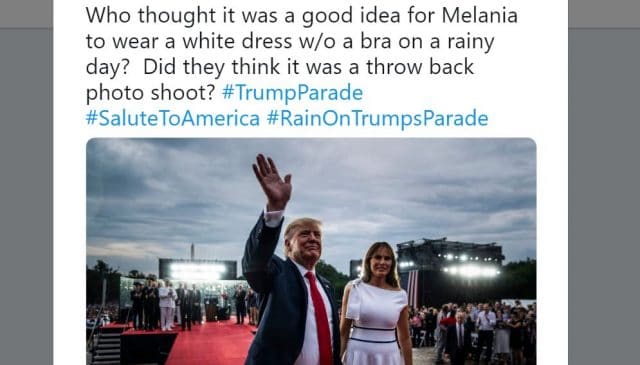 The First Lady wore a white Caroline Herrera dress to the event, but a steady rain appears to have revealed a little too much for some Twitter users.

“Who thought it was a good idea for Melania to wear a white dress w/o a bra on a rainy day? Did they think it was a throw back photo shoot?” the said user wrote while posting a picture of Melania and her husband at the event.