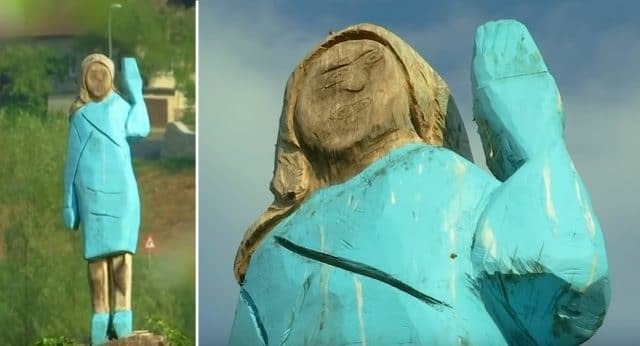 A life-size wooden statue of first lady Melania Trump has been unveiled in near her hometown in Slovenia – but local residents say “it’s a disgrace”.

The project was commissioned by Berlin-based American artist Brade Downey, who hired local sculptor Ales “Maxi” Zupevc to carve the statue out of a tree stump by the river Sava, near her hometown Sevnica. 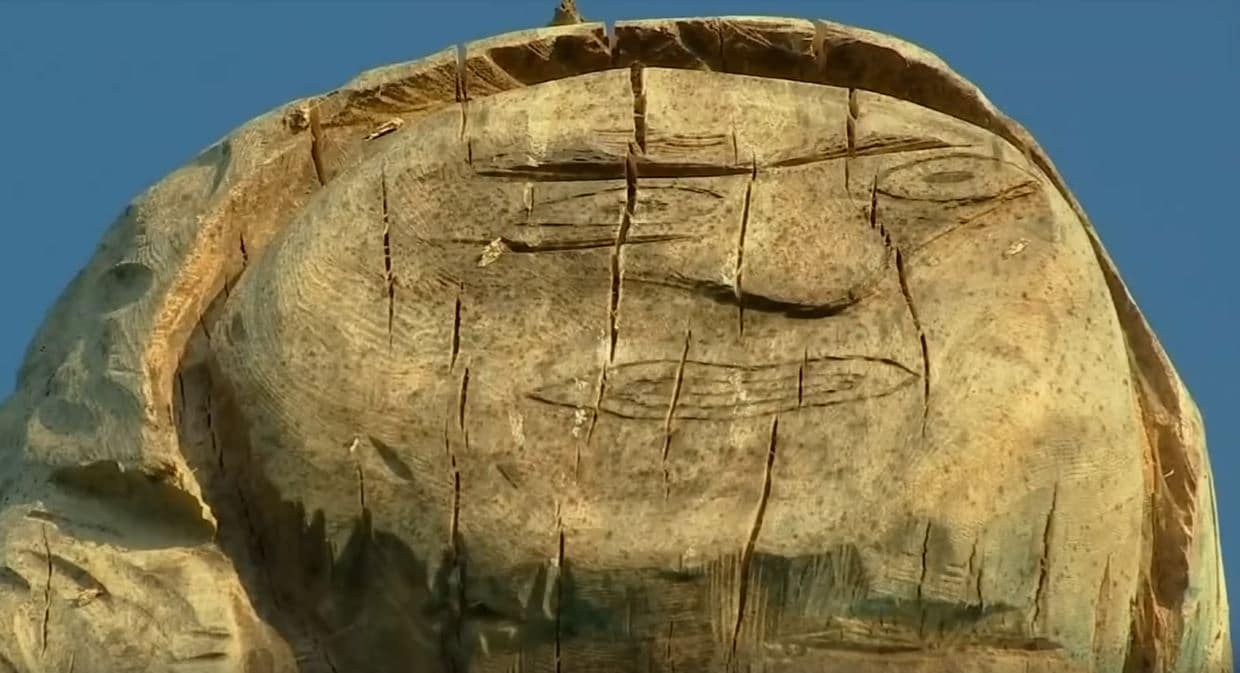 Zupevc used a chainsaw to create his masterpiece.

One resident told ITV that it “doesn’t look anything” like Melania, adding: “It’s a Smurfette. It’s a disgrace.” 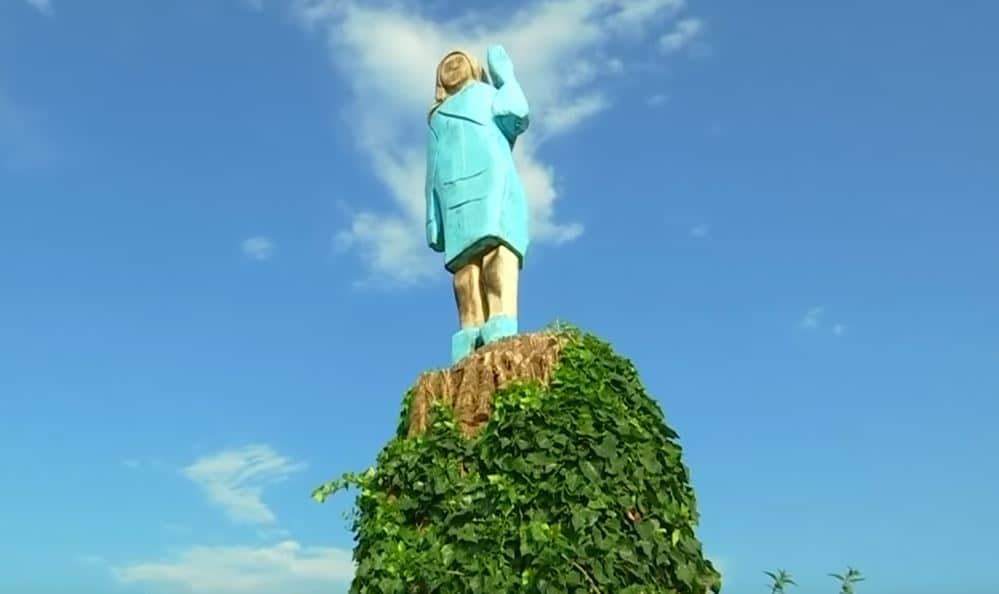 Another resident told Reuters she liked that Melania was perched up high.

“You know what makes her resemble Melania? Look at how high she climbed to the top,” the woman said. “Just like real Melania, who rose to the top of America. A little girl from Sevnica. Hats off to her.”

A local architecture student told Agence France Presse: “If the monument was meant to be a parody, then the artist has been successful. We in Sevnica can only laugh and, at the same time, hold our heads in our hands over their [the Trumps’] catastrophic reputation.”

Zupevc’s only instruction was that his sculpture had to wear a “dress” the same color as the one the real Melania wore to Donald Trump’s inauguration.

“I can understand why people might think that this falls short as a description of her physical appearance,” Downey told AFP. Still, he declared the carving “absolutely beautiful.”