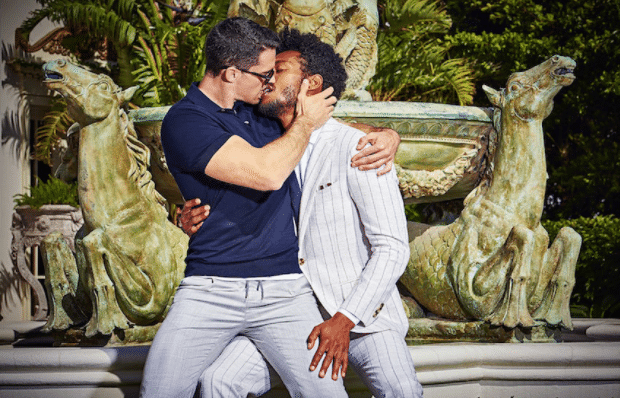 A Suitsupply campaign in the Netherlands features several images of gay couples, including one showing a passionate kiss

Suitsupply.com featured a range of gay-inspired adverts for their new campaign.

Adverts vandalized and defaced across the country

As Newnownext reports the campaign’s billboards have been vandalized and defaced across the country. 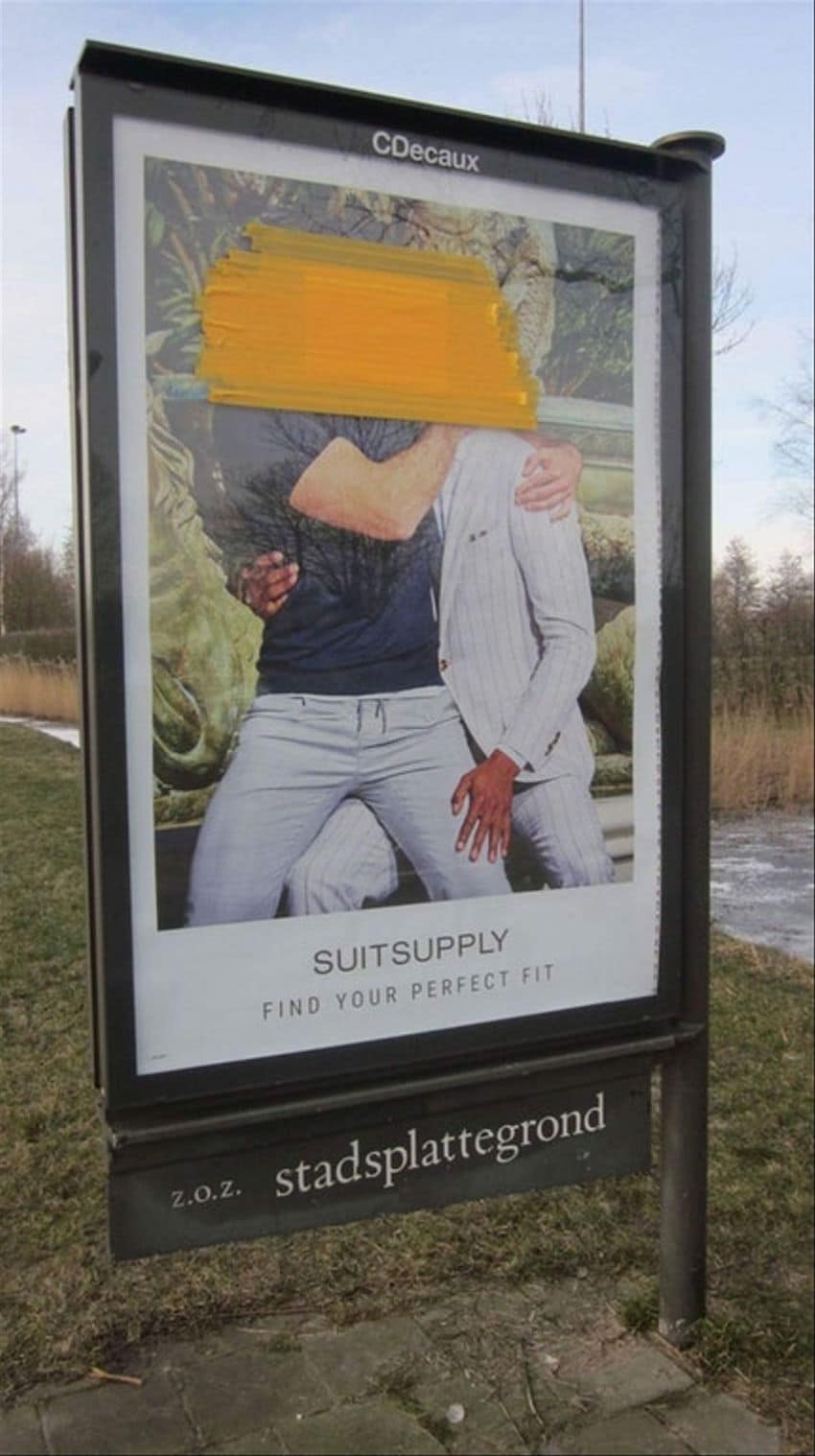 In Vlaardingen, an hour outside Amsterdam, one vandal covered the models mouths with black tape.

Another was censored by yellow tape in Groningen. 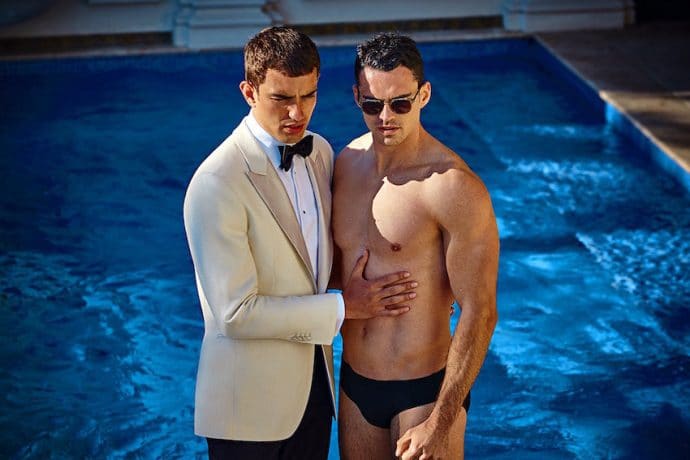 Meanwhile, after Suitsupply launched its campaign on Instagram, the company lost over 14,000 followers in one day.

Suitsupply CEO Fokke de Jong told Metroniuews that the ads were expected to cause controversy, as ‘there is potential for negative impact especially in countries that are known for contrasting viewpoints.

‘[But] the attraction between people is an important part of fashion advertising.

‘A campaign featuring the attraction between men was long overdue and particularly relevant for our brand.’

The current campaign for the luxury tailoring brand’s Spring/Summer 18 collection launched in February.

It features in nearly 100 stores across 22 countries worldwide.