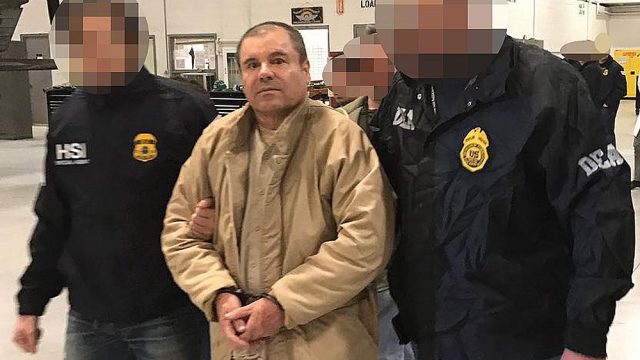 Mexican drug lord Joaquín ‘El Chapo’ Guzmán has been given life in jail plus 30 years after being found guilty of narcotics trafficking.

Earlier this year, he was found convicted of 10 counts including international distribution of heroin and cocaine; use of firearms and money laundering.

Speaking through his translator at his sentencing in New York, El Chapo complained about how he had been treated in US custody.

He claimed he had been subject to “cruel and inhumane” treatment during his 30 months in confinement.