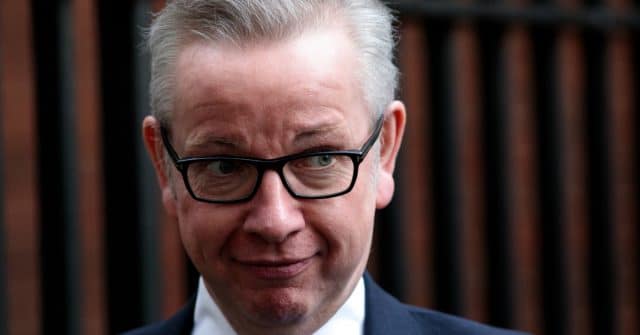 Sir John Hayes, the Eurosceptic Conservative MP for South Holland and the Deepings, has come out in support of Michael Gove’s Tory leadership bid because he “stands firmly for the truth” and “the objective truth” is that “gender has no meaning if divorced from biological facts.”

Hayes – who is also a longtime anti-abortion campaigner – said, “Too much of Britain is bedevilled by puritan paranoia, which polices the ever-narrowing boundaries of permissible thought, speech and action by smearing and isolating those who dare to dissent from Left-wing orthodoxies.”

The 60-year-old politician made the comments in an article for the Express on Sunday (June 9).

“Nowhere is this trend more disturbing than in the concerted attempt to distort the most fundamental form of belonging – whether we are male or female,” Hayes said.

Gove, Hayes said, is the only candidate who has “the vision and intellectual capability to construct an alternative narrative.”

“We must also reaffirm the objective truth – gender has no meaning if divorced from biological facts,” Hayes said.

In October 2018, Hayes wrote about his concern that there is “a concerted attempt to confuse and distort the most fundamental form of belonging – to question whether we are male or female.”

“Some,” he said, “have launched a concerted effort to replace these facts with the fiction that gender is fluid, divorced from physiology. They insist that gender is not predestined or related to biological facts, arguing that individuals should be free to legally choose either gender, or none at all, without any medical changes.”

And in February this year, Hayes asked Parliament, via a written question, about “intimidation” by LGBT+ people towards those who consistently misgender trans people.

“To ask the Minister for Women and Equalities, what assessment she has made of trends in the level of intimidation carried out by some LGBT activists towards those who refuse to identify transgender individuals by their preferred pronouns?” he wrote.

The Women and Equalities Committee published a report on trans equality in 2016. In the report, it affirmed that, “Trans people… have a gender identity which differs from that of their (assigned) birth sex. Trans identities take a wide diversity of forms.”

“A litmus test for any society that upholds the principles of fairness and equality is the extent to which it supports and protects the rights and interests of every citizen, even the most marginalised groups,” it continued.

“Whilst Britain has been among the countries that have gone furthest in recognising lesbian, gay and bisexual rights, our society is still failing this test in respect of trans people, despite welcome progress in recent years.”

On Monday (June 10), Baroness Warsi, former co-chair of the Conservative Party, called for Gove to step down from the leadership race because of his cocaine use.

Gove, 51, admitted to taking cocaine “several times” 20 years ago when he was working as a journalist. Speaking on Sky News’ Sophy Ridge on Sunday show on Sunday (June 9), the environment secretary was forced to deny that he previously had a drug “habit.”

Warsi said it was “completely inappropriate” for Gove to stay in the race to become the next Prime Minister. He launched his leadership bid on Monday, presenting himself as the “serious” alternative to Boris Johnson.

Gove’s cocaine-use admission prompted several of his Tory leadership rivals to confess their history of drug use to the media.

Hayes’ article was written before Gove confessed to taking cocaine.

PinkNews has reached out to Sir John Hayes to ask if he still supports Michael Gove’s leadership bid, after the revelations about cocaine use, but had not received a response by the time of publication.