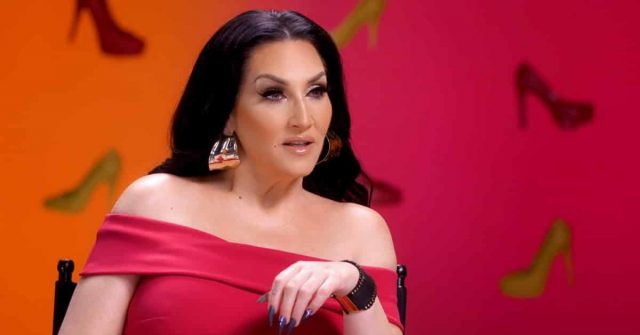 The singer, actor and ally has reportedly been added to a list of possible contestants for this year’s series of the ballroom dancing competition.

Strictly producers are said to be counting on Visage to reel in younger fans and members of the LGBT community.

A source told The Sun: “This is a very strategic signing from the BBC as Michelle has a huge following, especially in the gay community.”

2019 is set to be the Drag Race family’s biggest year yet.

So far fans have been treated to All Stars 4—which ended in a surprise double crowning—and season 11, which was won by Yvie Oddly.

On Wednesday (June 5), RuPaul and Visage announced that they will soon begin filming for RuPaul’s Drag Race All Stars 5.

Speaking on their What’s The Tee podcast, the pair confirmed that the spin-off will film back-to-back with Drag Race season 12. Production on the show usually takes about five to six weeks per season.

Traditionally, the Strictly line-up is announced around the end of August with contestants entering rehearsals immediately afterwards.

Should she join Strictly, Visage would be following in the footsteps of Drag Race alumni Courtney Act, who came runner-up in Australia’s version of the show (Dancing With The Stars) in April.

Act—real name Shane Jenek—made history when she dropped her drag persona during the show’s penultimate heat to dance with partner Joshua Keefe.

It marked the first time that two people presenting as men competed together in an English-speaking edition of the franchise.

In the UK, Strictly bosses have long refused to introduce same-sex pairings to the competition, despite calls to do so fromjudges Craig Revel Horwood and Shirley Ballas.