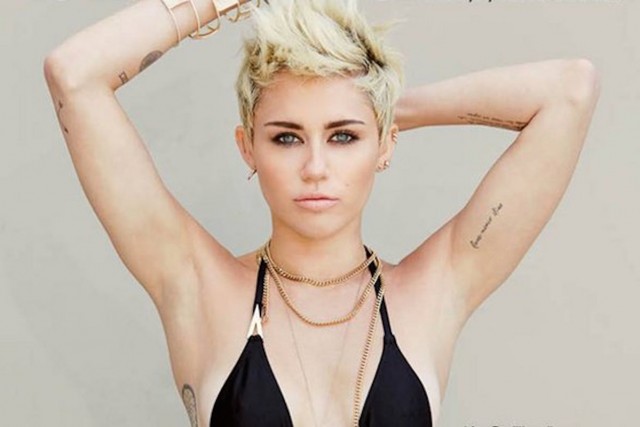 Myles Cyrus declared that she doesn’t care for gender norms so many times. She identifies herself as a pansexual (or rather she doesn’t identifies, she’s just gender-fluid) and has been greatly supportive of the LGBT community.

“There are times in my life where I’ve had boyfriends or girlfriends. I’m not hiding my sexuality. For me, I don’t want to label myself as anything.”

Myley has been involved in many actions that support the LGBT community, fighting the anti-LGBT laws.

“For a moment a few weeks ago, it seemed like lawmakers in Tennessee had really heard the brave testimony of a transgender young person and her parents.

“A mother’s simple ask to legislators about what they would do if it was their child who was transgender hit a nerve, and the anti-transgender bill was sent to a summer study session, seemingly killing if for this year,” she said about the law in Tennessee that bannes transgender women from using women’s bathroom.

She has also been involved in the fight against HIV and AIDS, and her work was recognized at the amfAR Inspiration Gala.