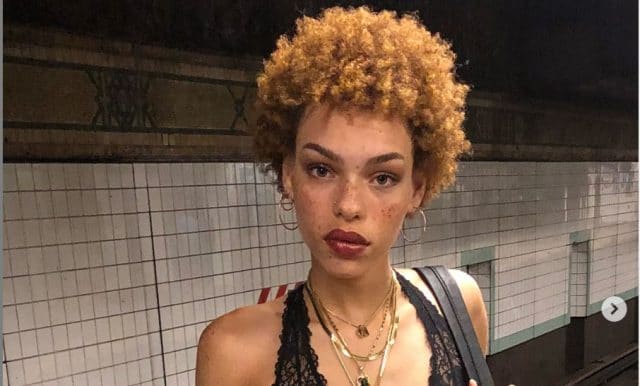 Carissa Pinkston ― an up-and-coming model who has worked for Rihanna’s lingerie line, Savage x Fenty ― apologized Saturday for lying about identifying as transgender, after losing her job over transphobic messages she posted on Facebook, reports the HuffPost.

The controversy began in May, when a number of Facebook posts Pinkston made under the name Rissa Danielle surfaced.

In a May 23 post, she wrote, “Being transgender does NOT make you a woman. It makes you simply transgender.”

On June 5, she wrote, “If [transgender women] can say they’re women, I can reclaim my virginity.”

The 20-year-old, who has modeled for Marc Jacobs and other brands, was fired by her agency, Elite Models, on July 22 after the inflammatory remarks came to light.

“I transitioned at a very young age and I’ve lived my life as a female ever since,” Pinkston wrote on July 22, adding that her earlier transphobia was merely a “reflection of my inner insecurities.”

Aaron Philip, a model who is transgender, also slammed Pinkston on Twitter.

On July 27, Pinkston issued this apology: “I panicked and I thought if I came out as Trans that I could somehow make things better for myself but it appears I’ve only made things worse. I’m truly sorry. I’m only 20 and I’m human. I make mistakes but I refuse to let them define me.”

In an interview with BuzzFeed Tuesday, Pinkston said she is now “taking full responsibility for what [she] said,” but stressed that she’s “definitely not transphobic.”

“It was never to avoid any backlash, but I did panic,” she said. “And I do know what it’s like to be bullied and picked on for being different. And I wanted to fit in a community. Just in that moment, I didn’t know what to do.”

Regarding her decision to claim that she identified as transgender, Pinkston claimed, “The only reason I had lied was because of the death threats. And I was scared, so I thought they would accept me only if I said I was trans. I got an experience of what a transgender person goes through.”