DETROIT (Reuters) – Moderate candidates forced their way into the debate conversation on Tuesday night by assailing as “political suicide” the agenda championed by liberal front-runners who have dominated the 2020 Democratic presidential primary race.

It was the moment in the spotlight the more centrist contenders in the crowded field had been waiting for as they try to break into the top tier. But in their push to stem the party’s leftward lurch, they spent more time attacking the policies of their Democratic opponents than those of President Donald Trump and his fellow Republicans.

The ensuing intra-party fight muddled the moderates’ argument that a candidate in their mold is best-suited to take on Trump in November 2020 and left some Democrats wondering whether the tactic would come at a cost to the party.

“Presidential campaigns aren’t about the individual notes on the page, they’re about the music, and I thought it was really hard to hear any of the music last night,” said Tim Miller, a Democratic strategist who has worked to elect senators.

The simmering rift over what type of nominee can win back voters who deserted the Democratic Party to support Trump in 2016 after casting ballots for former President Barack Obama was revealed at the outset of the nearly three-hour debate in Detroit.

The first question of the night was directed at U.S. Senator Bernie Sanders, who was asked to respond to former congressman and rival John Delaney’s claim that Sanders’ Medicare for All healthcare proposal is a form of “political suicide that will just get President Trump re-elected.”

“You’re wrong,” Sanders shot back to laughter and applause.

The blunt exchange kicked off a clash over healthcare that dominated the first 45 minutes of the debate, as Sanders and fellow progressive U.S. Senator Elizabeth Warren squared off against lesser-known and more middle-of-the-road rivals who made the case for a healthcare “evolution, not a revolution.”

Trump’s failure to keep his promise to repeal and replace the Affordable Care Act, Obama’s signature healthcare law, and replace it with a better healthcare plan was a unifying talking point for Democrats in the 2018 midterm elections, helping the party take back control of the U.S. House of Representatives.

But some Democrats worry the party is losing its advantage on the issue going into 2020 as it airs its division on the best path forward. Moderates on Tuesday accused progressives of wanting to take away the hard-won health insurance of union workers and make private insurance illegal.

“At the end of the day, I’m not going to support any plan that rips away quality healthcare from individuals. This is an example of wish-list economics,” said Montana Governor Steve Bullock, who touted his ability to win office in a Trump-supporting state as he made his first appearance on the debate stage.

“It used to be just Republicans who wanted to repeal and replace,” he added. “Now many Democrats do, as well.”

Bullock and his fellow moderates on the stage, all struggling to stay viable in the race, argued for more incremental approaches to achieving universal healthcare coverage. They emphasized practical solutions over what they framed as their liberal rivals’ impossible promises.

In doing so, the centrists found a voice that has often been drowned out during the first six months of the nominating contest.

In the first debate last month in Miami, former Vice President Joe Biden, the front-runner in opinion polls, was sidetracked from forcefully presenting and promoting the policy ideals of the more moderate wing of the party when U.S. Senator Kamala Harris challenged his record on racial justice in an exchange that dominated the night.

Biden will have another chance to make that case in Wednesday night’s debate, which will spotlight 10 more Democrats vying for the White House. 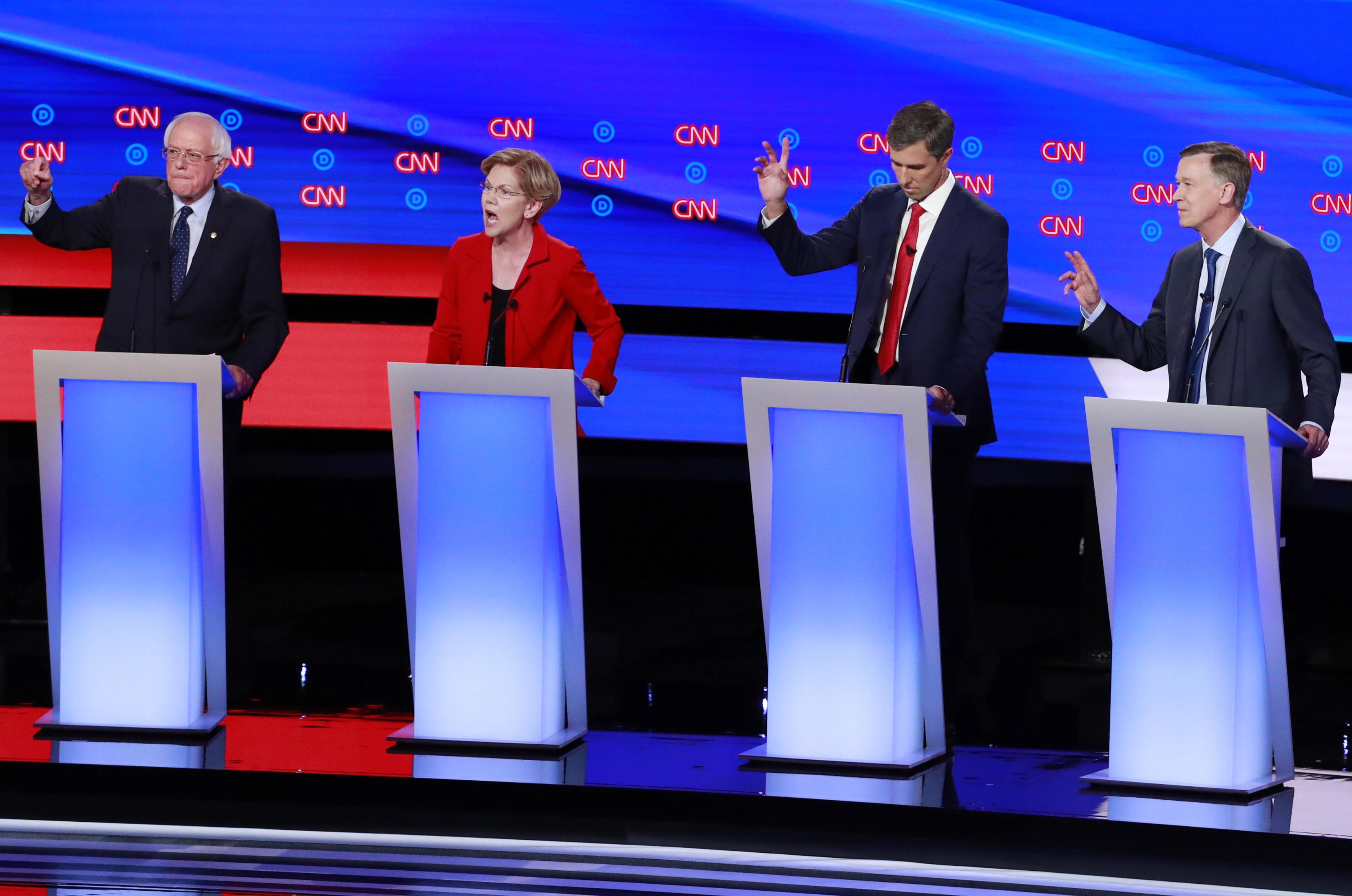 Some Democratic strategists said they hoped the party’s candidates would spend more of the second night of debate focusing on what they see as the country’s biggest threat: the possibility of Trump getting re-elected.

“It seems beneath the moment to spend so much time debating the finer points of healthcare plans that will be revised a hundred times before they are ever even proposed to Congress, let alone passed into law, while Rome is burning all around us,” said Miller, the Democratic strategist.

“I would rather see more of a conversation about the forest, and less about the trees.”