DETROIT (Reuters) – Moderate candidates voiced criticism of the progressive “wish-list economics” pushed by candidates like Bernie Sanders and Elizabeth Warren as the second round of the second Democratic presidential debates kicked off on Tuesday.

The other candidates on stage in Detroit on Tuesday, included Mayor Pete Buttigieg of South Bend, Indiana, former congressman Beto O’Rourke and U.S. Senator Amy Klobuchar, who are aiming to produce the kind of post-debate surge that U.S. Senator Kamala Harris enjoyed after a strong performance in the first debate in Miami last month.

Harris got a bump in the polls when she confronted Biden over his past opposition to forced busing and comments about working with segregationists. She and Biden, the former vice president, will renew their rivalry on the second night of the debate on Wednesday.

The crowded field of about two dozen candidates is vying for attention and financial support in the race for the Democratic nomination to challenge Republican President Donald Trump in November 2020.

The two nights in Detroit could be the last chance for many of the lower-tier contenders to debate on the national stage, as the Democratic National Committee will double its fundraising and polling requirements to qualify for participation in the next debates in September and October.

Warren and Sanders, who serve together in the U.S. Senate, appeared on different nights in last month’s debates. Warren, the only top-tier contender on stage the first night, emerged with new momentum after going largely unscathed and showing off her array of progressive policy proposals.

Sanders was mostly sidelined on the next night, standing placidly by as Biden and Harris leaned across him to spar over race.

Warren’s steady rise in the polls, fueled by stealing support from Sanders on the left, will put pressure on him to find some way to reclaim the grassroots energy that came so easily in the 2016 campaign, when he was Hillary Clinton’s only competition.

Warren and Sanders insist they are friends, not rivals, and will not turn on each other for their own political gain.

But most of the other candidates on stage are more moderate and more desperate, making it likely the race’s two leading progressive could be targeted for their ambitious proposals like universal healthcare and free college tuition.

The stakes will be particularly high for Klobuchar, Buttigieg and O’Rourke, who have all shown top-tier potential at some point but have not been able to sustain momentum.

Buttigieg led the Democratic field in second-quarter fundraising, but an early rise in the polls has flattened out, giving urgency to his need to inject new life into his candidacy. 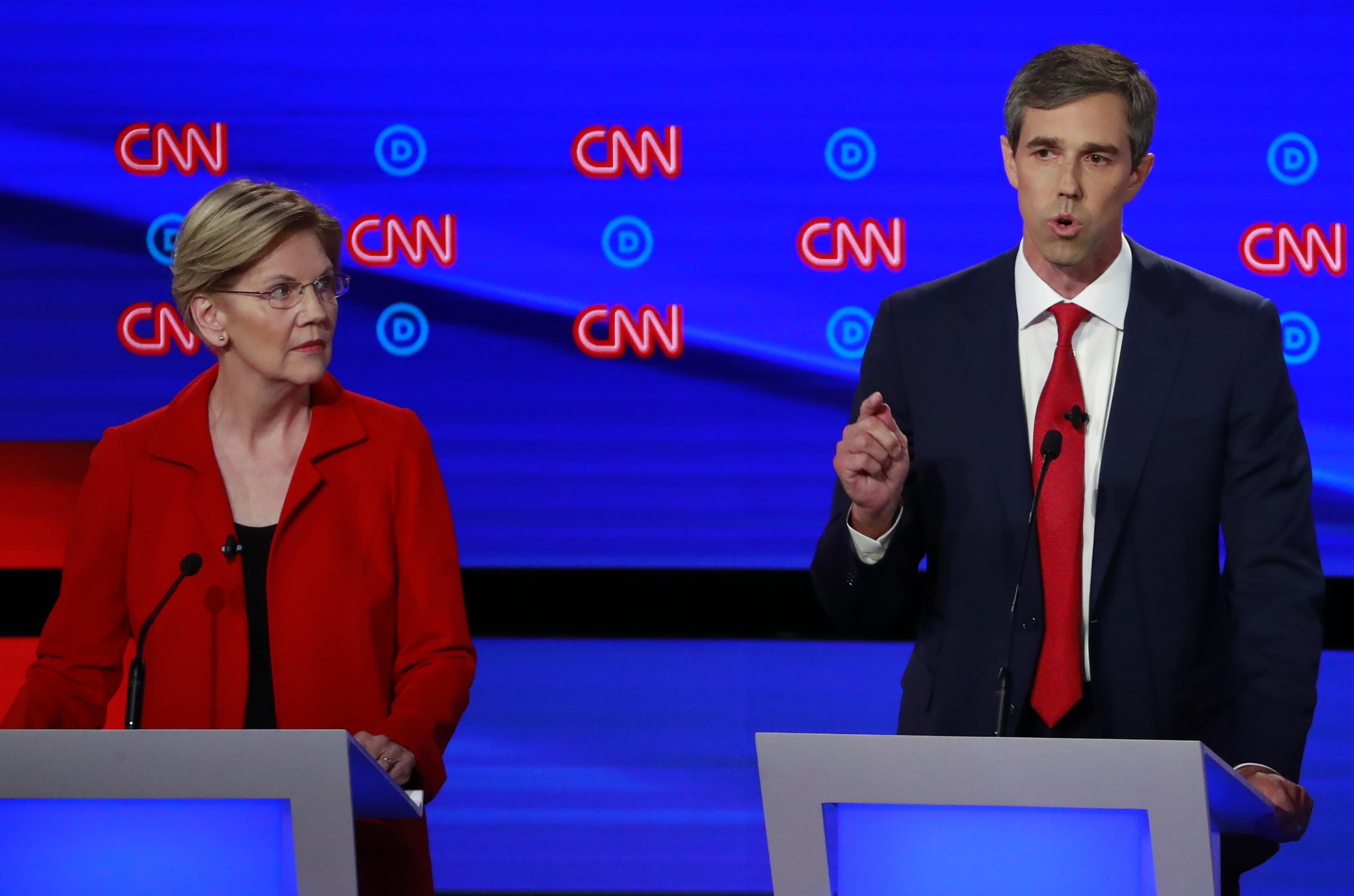 O’Rourke, another newcomer on the national scene, has stalled after entering the race with high expectations after his surprisingly strong, but losing, U.S. Senate bid in Texas last year turned him into a political star and fundraising powerhouse.

Klobuchar, a U.S. senator from Minnesota, has also remained well outside the top tier in polls since she entered the race. She has concentrated heavily on campaigning in neighboring Iowa, which kicks off the presidential nominating race in February.

With half the field in danger of failing to qualify for the next round of debates, some will be forced to take a hard look at whether they have a viable path to the nomination and enough money to go on.