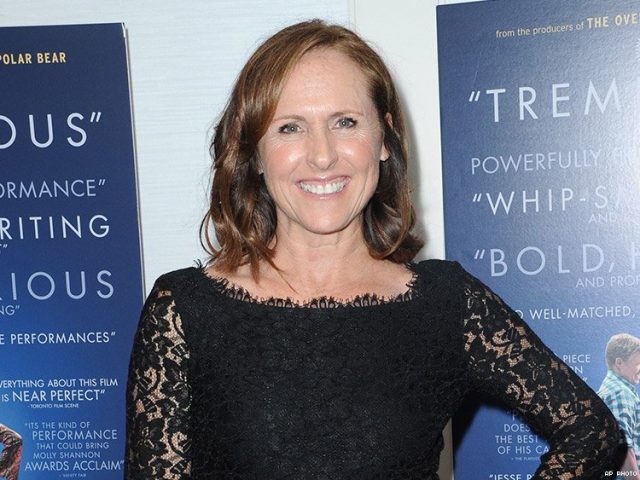 The actress — who plays a mother of a gay man in not one but two new films, Other People and Miles — spoke with The Advocate about her fight for more LGBT representation.

The Saturday Night Live legend spoke to The Advocate about the message she hopes to send through her new films Other People and Miles. In both productions, she portrays a mother of a gay man.

“I love the gays,” Shannon declared Wednesday on the red carpet for Other People‘s Los Angeles premiere at The London West Hollywood. She added, “The message is, of course, I relate, and I want to support the gay community in continuing to protect and tell stories about lesbian, gay, bisexual, transgender people in any way that I can.”

Shannon stressed that the fight for LGBT visibility is not over in Hollywood. She’s right. As the media organization GLAAD noted in a recent report, LGBT characters are still few and far between in movies produced by major studios.

“We must continue,” Shannon said. “There are so many stories. To me, that’s just how it should be. There needs to be even more.”

In Other People, Shannon plays a tour-de-force role of a mother dying of cancer, who is cared for by her gay son (Jesse Plemons). The script, which was written by out writer Chris Kelly, is inspired by Kelly’s life.

After reading the story, Shannon immediately knew she wanted the part.

“The minute I closed the script, I called [Kelly] right away,” said Shannon, who praised the “complicated family dynamic” between herself and the conservative father (Bradley Whitford) still struggling to accept his son.

“I just found it beautiful,” she said. “And as a mother, I really related to it, that you would just do anything for your kids, and just how close they were. … She would have done anything to fight for more time on earth with her children.”

Among the “100 things I love” about Other People, Shannon also praised a sex scene between her son’s character and his ex-boyfriend (Zach Woods). “I’ve never seen a scene like that before,” she said. “I thought it was so real, full of heart, and complicated.”

Previously, Other People‘s out screenwriter stressed how it easy it could be for Hollywood to incorporate more complex LGBT characters in film and television.

“I think there’s no mystery to writing gay characters. You can just write them!” Kelly told the U.K.’s Gay Times, adding, “There’s all sorts of them! And they eat food and hang out with friends and their mothers die just like all the best straight characters.”

At the L.A. premiere, Shannon expressed admiration for Kelly, who recently made history by becoming the first out gay head writer for Saturday Night Live, where Shannon also rose to fame.

“There’s a lot of writers that were in that position that have never written such a vulnerable movie,” she said, adding, “He’s a force of comedy. And then he wrote this vulnerable, rich movie from his heart. That’s brave. I admire his bravery.”

Earlier this summer, Other People screened as the closing night film at the Outfest Los Angeles LGBT Film Festival, which also featured another of Shannon’s films, Miles. In Miles, she portrays a newly widowed mother who supports the fight for her gay son (Tim Boardman) to play on an all-girls volleyball team. Helmed by gay director Nathan Adloff, the film won Outfest’s U.S. Narrative Audience Award. A crowd favorite, Miles also recently picked up the Audience Choice Award at the Sidewalk Film Festival.

In addition to Kelly and Adloff, Shannon gave love to another member of Hollywood’s LGBT community: bisexual filmmaker Mike White. Shannon credited White’s casting of her in the 2007 dramedy Year of the Dog as a turning point in her career.

“I felt like I was able to do dramatic parts because Mike showed them that I could,” said Shannon, who had been previously known for comedic roles like in Superstar. “Thank you, Mike White!”

Other People premieres September 9 in select theaters. Watch the trailer below. 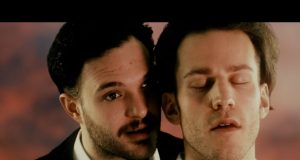 Nick Gayer
3
My heart will go on... All a board the Titanic. As much as we love Rose and Jack together perhaps James Cameron missed something by not... 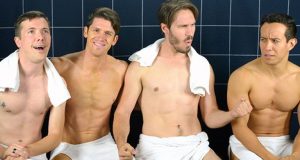 Nick Gayer
0
One Steam Room Stories boy reckons so… In the latest episode of the web series, Evan Bonifant makes the bold declaration that straight men give the... 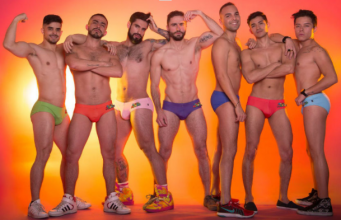 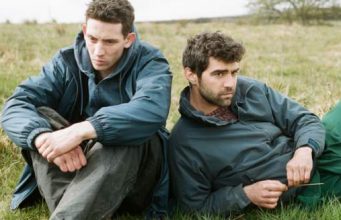 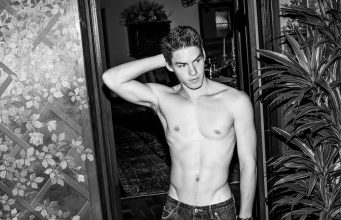