Home Gay Life Mom Offers Free Hugs and to be a Stand-In Mom at Same-Sex... 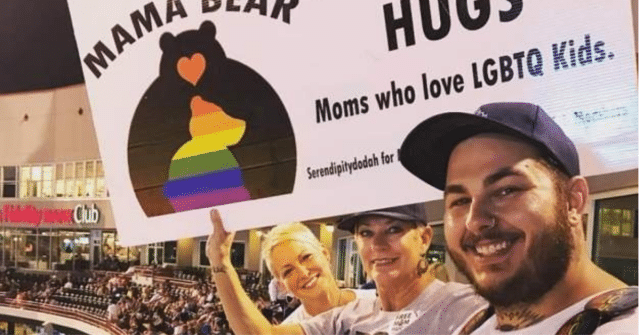 This past week, an ordained minister and mother of a gay son has hit national headlines for being an LGBTQ+ ally and giving what we all crave- free hugs. Her name is Sara Cunningham and her story was thrust into the spotlight when she tweeted:

PSA. If you need a mom to attend your same sex wedding because your biological mom won't. Call me. I'm there. I'll be your biggest fan. I'll even bring the bubbles.

Her tweet quickly reached over two thousand retweets and quoted tweets succeeded these numbers. Since her story first broke, Chelsea Handler, Patricia Arquette, and Buzzfeed have amplified her story by providing coverage on her movement. Sara’s generosity and kindness became the topic of the week as people praised Sara for her commitment to helping the LGBTQ+ community.

However, her story doesn’t end with that tweet. Sara is also the leader of a Facebook page called “Free Mom Hugs” with over 7 thousand likes. This page documents when and where Sara and other moms will be at events in case you want to drop by and claim your free hug. Upcoming events include Norman Pride, Enid Pride, and Edmon Pride in Oklahoma. Sara has even created a website (freemomhugs.org) where you can chat, look at upcoming events, or even book Sara for an appearance at your event.

Ever since her story has hit the headlines, people have been reaching out to Sara with stories about how they appreciate their generosity. Sara’s recent Tweets have been screenshots of people who have messaged her to show support:

Used with permission.
I am a puddle. pic.twitter.com/Y4dvUFkmQC

In the end, what we can learn from Sara is to spread kindness and generosity and that being an ally is not that hard. Her free hugs have already reached so many lives as she helps people feel at home and get that motherly love they may not have otherwise. When asked about how the movement started Sara said:

“I thought, If my son is going to hell for being gay I’m gonna fight for him like my hair is on fire,” she said. “Since then I’ve gotten educated and no longer believe that — so now I’ve [been] fighting for him and the LGBTQ community like my hair is on fire because I’ve seen the power of what fear and ignorance can do.” (buzzfeed.com)