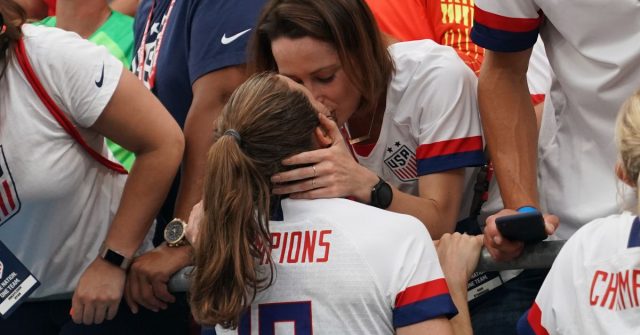 Given that the two teams in the Women’s World Cup final had the most out lesbians and bisexuals in history with five apiece, and with 40 out players and coaches in the entire tournament, there was bound to be some girl-on-girl kissing at some point.

The final scored a combined television audience of 14.27 million viewers on Fox, according to the network and Nielsen, which peaked at 19.6 million. And since a lot of people now get their entertainment over the internet, add another 589,000 viewers online.

With the match starting at 11 a.m. EDT, there can be no doubt some of those viewers were children. And that, said a Columbus, Ohio, newspaper for parents, presented an opportunity for education.

Columbus Parent called this “a good entry point for conversation” with children curious about the LGBTQ community. Or in children’s terms, why two women on TV were kissing each other.

For example, there was no missing the passion shown by Kelley O’Hara of Georgia, embracing her girlfriend in the stands moments after the USWNT defeated The Netherlands. As Glamour magazine reported, this was O’Hara’s coming out moment, and it was not merely romantic, but iconic. 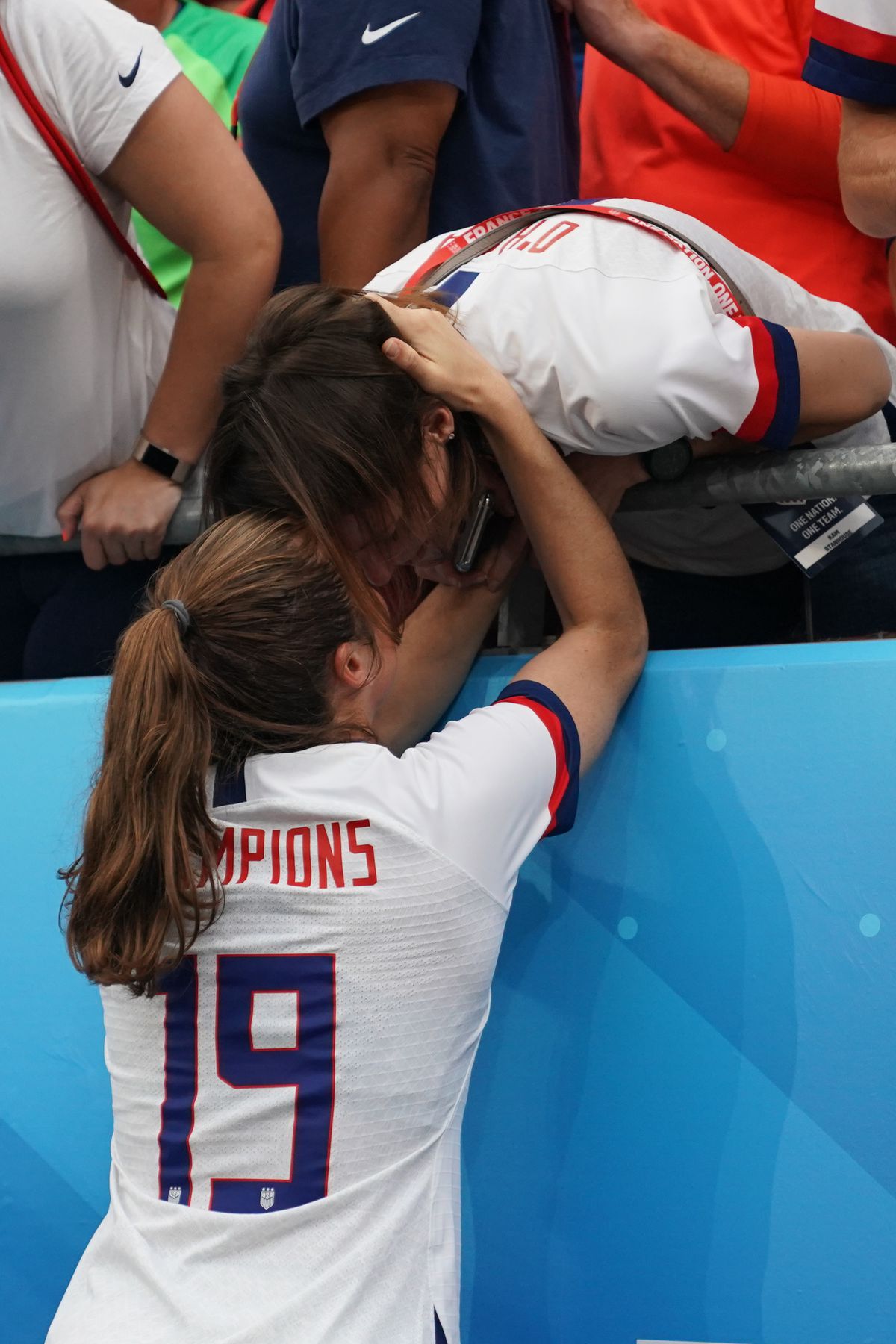 Kelley O’Hara hugs her partner after a passionate embrace to celebrate the USWNT victory in the 2019 FIFA Women’s World Cup France Final match between The United States of America and The Netherlands at Stade de Lyon on July 7, 2019 in Lyon, France. Photo by Daniela Porcelli/Getty Images

“If this has your kids asking questions, it’s a great time to talk with them about the importance of diversity, equality and inclusivity,” wrote Melissa Kossler Dutton of Columbus Parent.

There, parents will find answers to questions like, “What does ‘gay’ mean?”

Keep it simple, says HRC. “‘Gay’ means two people of the same gender who love each other—two women or two men.” Answer honestly, but succinctly, says HRC, so as not to overload the little ones.

Of course, that doesn’t really work if they follow up with the natural question, “But why?”

Another resource mentioned in the article is the Children’s Hospital of Los Angeles, which also provides answers to parents whose children want to better understand what it means to be LGBTQ. Click here for their site, which provides a guide to proper vocabulary, open dialogue and honest answers in age-appropriate language.

We at Outsports are grateful to Columbus Parent and to Kossler Dutton for providing these resources in a manner that aims to educate and explain without bias or prejudice. Kudos!