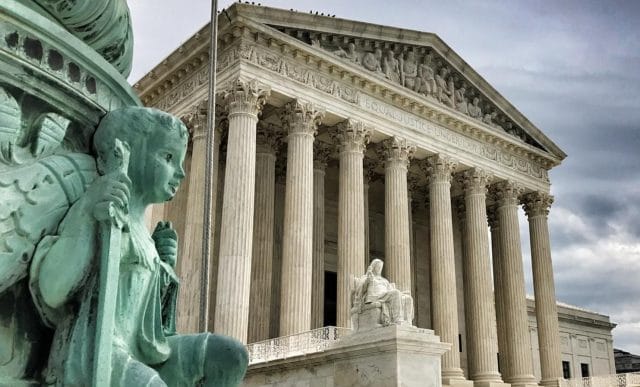 A mother in Minnesota who sued her transgender daughter for emancipating herself and then obtaining gender transition care is bringing her case to the Supreme Court, though her daughter is no longer a party to the case.

Her daughter, identified in court documents as E.J.K., moved out on her own in 2015 and at 15 years old, obtained a letter from a legal clinic that concluded E.J.K. was “legally emancipated.”

Using that letter, E.J.K. was able to obtain gender transition care, described in the petition “as life-altering elective medical services for gender transformation, including potential surgery,” and prescription medication from two medical providers. When Calgaro attempted to intervene, the medical providers rebuffed her. So too did E.J.K.’s high school, when Calgaro sought to obtain her daughter’s educational records.

A district court ruled against Calgaro and a three-judge panel of the 8th U.S. Circuit Court of Appeals affirmed the ruling in March. Circuit Judge Steven Colloton, writing for the panel, noted that E.J.K. had turned 18 and finished high school, and thus Calgaro’s claims were moot.

“Unbelievably, Minnesota statutes authorize a county to deem a minor ‘emancipated’ to receive welfare payments to live on their own and allow medical providers to void parental input if it determines the minor is living apart from the parents and is managing his or her own personal financial affairs,” Erick Kaardal, an attorney for the Thomas More Society, said in a statement.

“This is an unacceptable situation for any parent and a serious violation of parental and due process rights,” Kaardal said.

In the filing with the U.S. Supreme Court, Calgaro’s attorneys wrote that the mother “retained her unconditional love” for her daughter.

Although Calgaro has portrayed herself as a concerned mom in press appearances, E.J.K. has told the court that her parents were at times verbally and physically abusive.

She wrote in one court brief that she was raised by a “network of other adults who supplied some of the care and nurturing that her biological parents were unable to offer,” according to NBC News.

According to NBC News, the teen said her mother and stepfather became verbally and physically abusive after she first came out as gay around age 13

At age 15, she said, her “mom gave her permission to move in with her biological father—who became incarcerated shortly afterward. E.J.K. then stayed with her grandmother and a series of friends before finally getting her own apartment, where she currently lives.”

E.J.K. has lived in her own apartment, maintained a full-time job and graduated from high school in the spring of 2017.

The Supreme Court will decide whether it will hear the case when it returns from its summer recess in the fall.