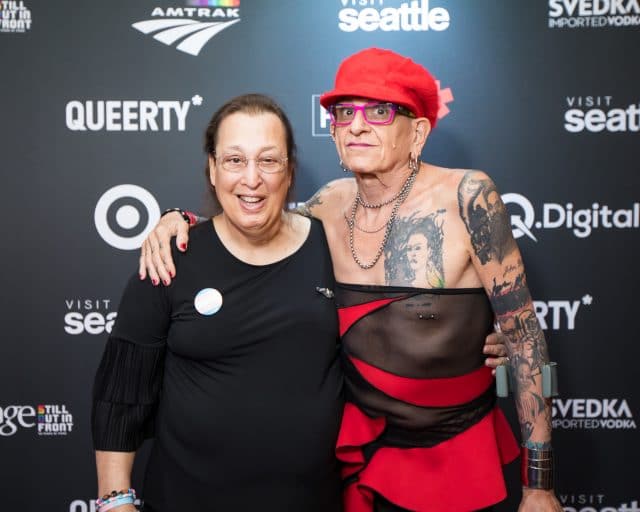 A transgender activist and veteran of the U.S. Navy.

In 1999, Helms created the trans flag from an image she’d had in a dream. She quickly sketched out on a bedside notepad, appreciating it for its symmetry, and it has since become an instantly recognizable icon for the most cutting edge of the LGBTQ rights movement.

“The palindromic design (of the flag) meant that no matter which way you flew the flag, it would always be correct,” she writes in her autobiography, More Than Just a Flag. “To me [it] signified the underlying correctness of trans peoples’ true self, regardless of the road they take to get there.”

Born to a military family within Sumter, South Carolina in 1951, Helms continued her family’s military legacy by serving in the U.S. Navy from 1970 to 1978. Serving helped shaped her way of thinking and sense of independence, both of which helped empower her trans activism during the 1990s and 2000s.

“If you talk the talk, then prepare to walk the walk. If you say you will do something, then do it, no matter how hard it might be,” she said. “The only thing an activist owns is their integrity. You lose that and you are no longer an activist.”

During her time as an activist, she felt like trans people were a misunderstood community that needed to improve their self-pride and visibility in order to gain greater acceptance. She also learned to be skeptical of non-trans organizations that didn’t always have trans people’s best interests at heart.

But one of her proudest accomplishments remains her founding of TAVA.

In May 2004, the organization arranged a march of 50 trans veterans to the Vietnam Memorial. The group included trans people representing every U.S. military conflict since World War II and its members became the first openly trans group of soldiers to lay a wreath at the Tomb of the Unknown Soldier, the national monument for deceased and unidentified U.S. military members. 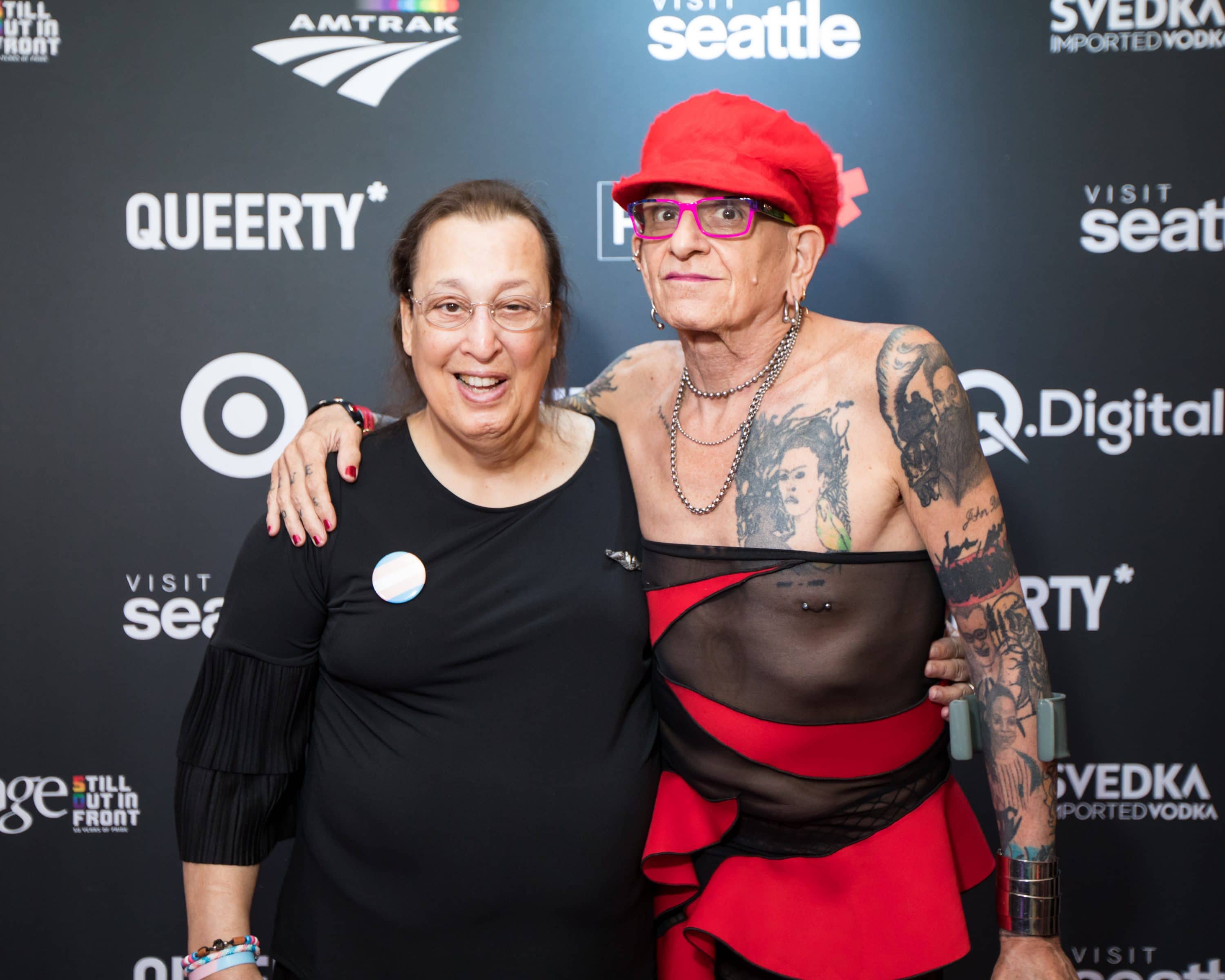 Helms has been surprised how many trans veterans have revealed themselves to her. Her flag, her activism, and military service seem all more important now considering the Trump administration’s ban on trans military members and his relentless attacks on the trans community at large.

“Every transgender story is different and gives us a perspective of what each person has gone through as well as a perspective from the time they lived in,” Helms told Queerty. “Each journey helps the next generation of trans people to live their lives in a better-informed, authentic manner. Life doesn’t begin or end with a trip to the surgeon’s table, and it doesn’t end even if you don’t have surgery.”

Though she was surprised to see her flag turn into an icon of freedom and liberty, its real cultural relevance struck her when the Smithsonian Institute requested her original, the first ever trans flag, to become part of its permanent LGBTQ collection.

Helms has “retired” from activism and is considering having a child with the woman to whom she is married. But the March 2019 publication of her memoir, More Than Just a Flag, shows that she’s just beginning inspiring a new generation of queer activists.