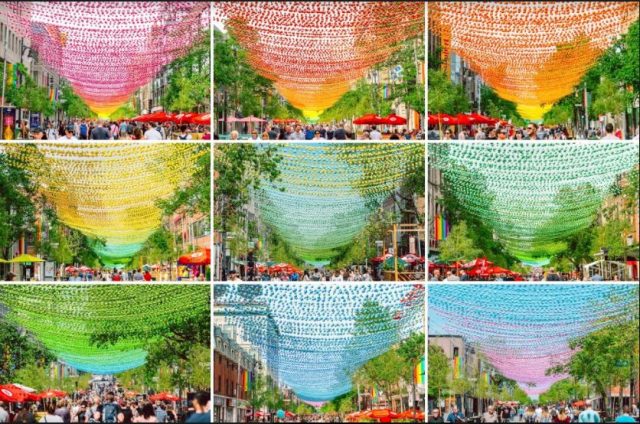 Imagine walking beneath a rainbow street, celebrating LGBTQ life and culture, in one of the most beautiful cities in the world.

That dream is a reality for those living in or visiting Montreal for pride.

For the 2017 edition of Aires Libres, Pink Balls has been transformed to become a pastel promenade inspired by the rainbow flag of the LGBTQI community. A succession of six principal colours, each in three distinct hues, combine to form an experience of 18 shades across 180,000 recycled plastic balls. Two sizes of balls are attached on tensor wires and suspended above the street and through the trees. The rhythm and tangle of nuance combine to become an unbroken 1 km long chromatic ribbon, vibrant both day and night, above the summer pedestrian axis of Sainte-Catherine Street East, in the Gay Village of Montreal between St-Hubert Street (Metro Station Berri) and Cartier Street (Metro Station Papineau).

18 Shades of Gay celebrates the evolving spectrum of LGBTQI community identities – plural, diverse, inclusive and nuanced. In the context of the 35th anniversary of the Village, the 10th edition of Aires Libres, the 1st edition of Pride Canada in Montréal, and the 375th anniversary of the City of Montreal, this transformation had the imperative to be all the more flamboyant! 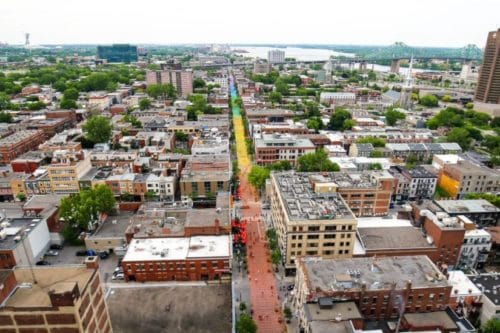 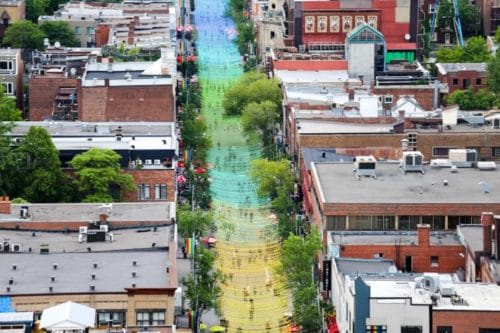 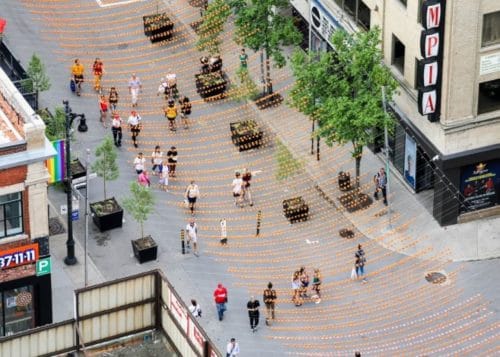 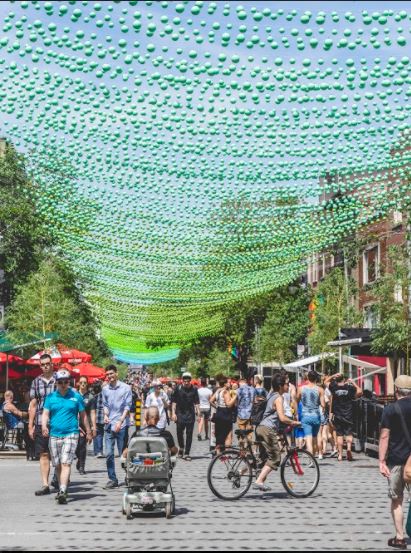 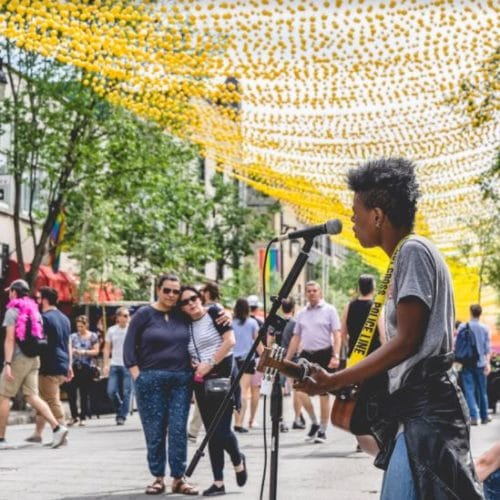