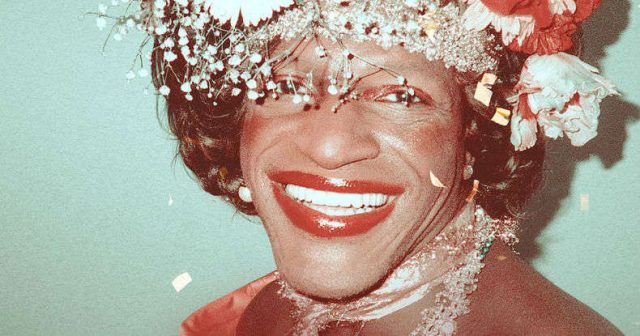 The city of New York is to commemorate LGBTI advocates and trans pioneers and Sylvia Rivera with public monuments.

Both Riviera and Johnson participated in the seminal Stonewall riots in June 1969. The three nights of rioting led to the birth of the modern Pride movement.

They advocated for the plight of homeless and disadvantaged LGBTI youth. At a time before the common use of the word transgender, the two friends co-founded the Street Transvestite Action Revolutionaries (STAR) group in 1970. They were also involved with the fledgling Gay Liberation Front.

Both gender non-conforming, they adopted various labels throughout their lives. Rivera resurrected STAR in 2001, changing the word ‘transvestite’ to ‘transgender’.

News of the monuments emerged last night. An official announcement is due today.

New York’s first lady, Chirlane McCray, said in an interview she welcomed the additions to the city’s monuments, which have been criticized in the past for predominantly commemorating white men.

‘The LGBTQ movement was portrayed very much as a white, gay male movement,’ said McCray, reports the . ‘This monument counters that trend of whitewashing the history.’

It’s not known yet if a specific artist has been commissioned to create the monument. The funding will come from a $10million allocation from the city towards new public artworks.

The location for the monuments is slated as Ruth Wittenberg Triangle, which lies close to the Stonewall Inn in Manhattan.

Marsha P. Johnson was born in 1945 and began wearing dresses at an early age.

Following a lifetime of advocacy, she died in 1992 in mysterious circumstances. Police found her body floating in the Hudson River. Although authorities ruled her death as suicide, she had a head wound and some believe others could have been involved.

Sylvia Rivera began living on the streets of New York City from the age of 11. Her maternal grandmother disapproved when Sylvia began to wear makeup, leading to a breakdown in their relationship.

A group of drag queens and trans women took in the young Rivera, and gave her the name Sylvia. She died in 2002 following complications related to liver cancer.

Al Michaels, 58, is a nephew of Johnson’s. He told the that he thought his aunt may have scoffed at the idea of a statue, but would be ecstatic and proud New York City had reached a point where it was erecting a monument to a trans woman.