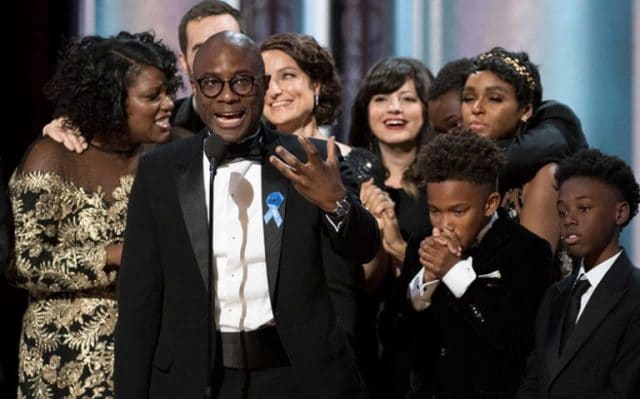 Moonlight has become the first ever LGBT+ themed film to win a Best Picture award at the Oscars.

The breakout hit, which tells the story of a black gay man’s coming of age, has received immense critical acclaim and was pitted by many against the high-budget, glossy musical La La Land for Best Picture.

Barry Jenkins, who directed Moonlight, said during his acceptance speech: “Even in my dreams this could not be true. But to hell with dreams! I’m done with it because this is true, oh my goodness!

“And it is true, it’s not fake. We have been on the road with these guys for so long and that was so gracious, so generous of them. My love to La La Land. My love to everybody. Man.

“There was a time when I thought this movie was impossible, because I couldn’t bring it to fruition, I couldn’t bring myself to tell another story. And everybody behind me on this stage said ‘no, that’s not acceptable’.

“So I just want to thank everybody up here behind me, and everybody out there in the room, because we didn’t do this – you guys chose us. Thank you for the choice, I appreciate it. Much love.”

But the night didn’t go off without a hitch – La La Land was initially declared the winner of the Best Picture award, and the team were in the middle of their acceptance speeches when it was discovered that a mistake had been made.

The film’s producer, Jordan Horowitz, cleared up the confusion, telling the audience: “This is not a joke, Moonlight has won best picture.”

Despite the gaffe, La La Land still came out as the biggest winner of the night as it took home six Oscars including Best Actress award for lead star Emma Stone.