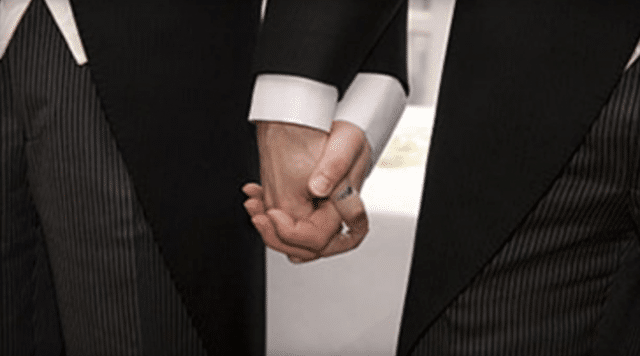 A new Gallup poll has found that a record number of Americans support marriage equality!

The survey found that 64% of American adults believe same-sex marriage should be legal.

This is the highest percentage to date and continues the generally steady rise since Gallup’s trend began in 1996.

The survey also found that Republican support for same-sex marriage has also reached a record high.

In recent decades, many GOP leaders adamantly opposed gay marriage, but rank-and-file Republicans’ support has nearly tripled since 1996. The current 47% of Republicans favoring it, although not at the majority level, is the highest for this group in the more than two-decade trend.

The latest update, from Gallup’s annual Values and Beliefs poll conducted May 3-7, comes nearly two years after the Supreme Court ruled that states could not prohibit same-sex marriage.

Since then, debates about same-sex marriage have faded somewhat from public discourse as LGBT rights advocates have focused on other issues, such as transgender bathroom access. But despite the 2015 ruling from the nation’s highest court, legal and legislative attempts to protect or challenge same-sex marriage rights continue to bubble up in some states.