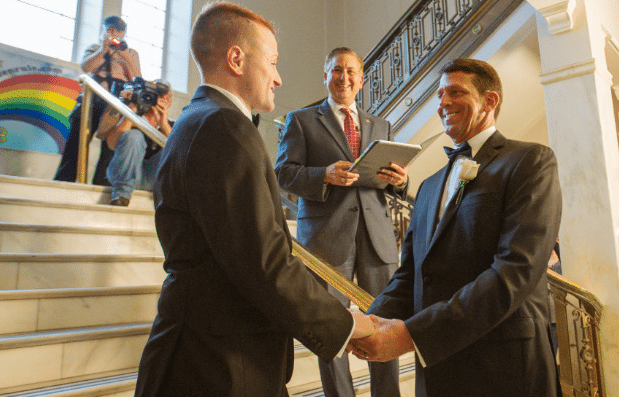 More Americans than ever — 67% — think same-sex marriage should be legally valid. It’s the highest ever reported support for everyone’s right to marry, regardless of sexual orientation.

The data comes from Gallup’s annual Values and Morals poll. They conducted the poll from 1 – 10 May. 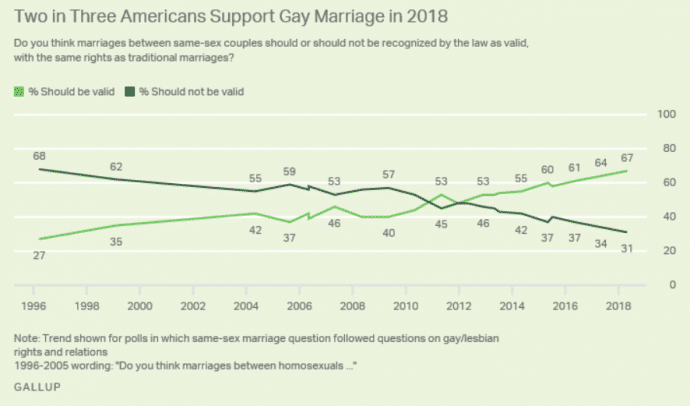 Gallup first began asking about same-sex marriage in their morals and values poll in 1996. Then, only 27% of polled Americans supported legalizing it.

Now, that feeling has jumped a full 40 points.

It’s also higher than last year’s 64%, which, at the point, was the highest ever support. Both of these years counted higher than 2016, showing support is continuing to increase year over year.

All three political parties — Democrats, Republicans, and Independents — have also seen an increase in their support of same-sex marriage.

Republicans, naturally, have the lowest support. Still, their support has increased since 22 years ago. 44% of Republicans now support it, compared to only 16% in 1996.

Gallup gives one big reason for the increased support over the years.

One of the reasons is that more and more LGBT adults are getting married in the US. As of last year, 10.4% of all LGBT adults in the country are married to a same-sex spouse.

As the organization explains: ‘This means that Americans are more likely to know someone who has married a same-sex partner, and the visibility of these marriages may be playing a role in overturning some folks’ previously held opposition to their legal status.’

Another reason is that the number of LGBTQ Americans is increasing, especially among the millennial generation, who are becoming a more and more vocal group.